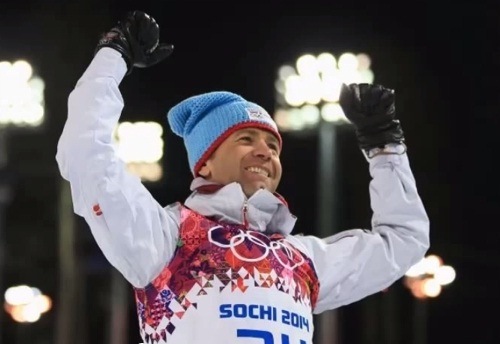 It was a day of glory and record-breaking achievement for Norway on the snow as golds in the biathlon mixed relay and the ladies’ cross-country team sprint put them top of the medal tables at the end of day 12 in Sochi, one Russia would rather forget after their hockey superstars were outclassed by Finland.

Veteran Ole Einar Bjoerndalen became the most decorated Winter Olympian with 13 medals, surpassing compatriot Bjorn Daehlie’s record in helping Norway to victory in the mixed relay event, which was on debut.

Czech Republic and Italy settled for silver and bronze respectively, with Martin Fourcade unable to add to his two gold medals as France finished a disappointing seventh.

Fellow relay teammate Tiril Eckhoff hailed Bjoerndalen as the greatest athlete of winter sport, with the 40-year-old taking his second Sochi gold and eighth over six Winter Games in a glittering career.

To cap off their dominance in biathlon, Norway became the first nation in history to win a medal in all 12 cross country events as Marit Bjoergen picked up her fifth Olympic gold medal in the Ladies’ Team Sprint alongside Ingvild Oestberg.

In the corresponding men’s event, there was controversy Ivo Niskanen and Sami Jauhojaervi won gold for Finland.

After leading the race up to the final sprint, German Tim Tscharnke fell after a clash with Jauhojaervi and vented his fury as he finished out of the medals in seventh.

“The Finnish guy crossed my line, that’s why I fell, I simply couldn’t do anything. We’ll protest,” said Tscharnke.

Despite gold and bronze from Russian couple Vic Wild and Alena Zavarzina in the snowboard parallel giant slalom, the host nation will look back on today with bitter disappointment after defeat in their most beloved winter sport.

Vladimir Putin could only look on in horror as Russia crashed out of the quarter-final stage against Finland in a 3-1 defeat at The Bolshoy Ice Dome.

The Russian President had craved this gold medal above all others, and defenceman Anton Belov made no excuses in his side’s failure to live up to the huge expectations placed on them in the build-up to the Games.

“Each one of us wanted to save the situation and played individually. The Finns showed how to make passes and play as a team,” he said.

“They showed us how to play hockey.”

The other semi-final tie will see Canada take on the USA in a mouthwatering clash after they saw off Latvia and Czech Republic respectively.

In the curling, there were mixed fortunes for Great Britain at the semi-finals. Early errors from GB skip Eve Muirhead proved costly as the women succumbed to Canada 6-4 in a tense finish.

The afternoon session ended in elation for the men’s side led by David Murdoch as they guaranteed Britain’s best medal haul since 1936 in a 6-5 win over Sweden.

“We are going to enjoy the moment because it is outrageous we are in the final,” said Murdoch, whose side will face defending champions Canada in the gold medal match on Friday.

The other medals events of the day saw American Ted Ligety win his second Olympic gold and become the first non-European gold medallist to win the men’s giant slalom.

Canadian duo Kaillie Humphries and Heather Moyse edged out USA 1 to gold in the final run of the ladies’ bobsleigh. The USA 2 pairing of Aja Evans and Jamie Greubel claimed bronze.

At The Adler Arena, Martina Sablikova defended her Ladies’ 5000m title to give Czech Republic their first speed skating gold of the Games.

The 26-year-old time held off Netherlands’ Ireen Wust by 2.74 seconds, who beat her to gold in the 3000m last week. Wust’s compatriot Carien Kleibeuker took the bronze.