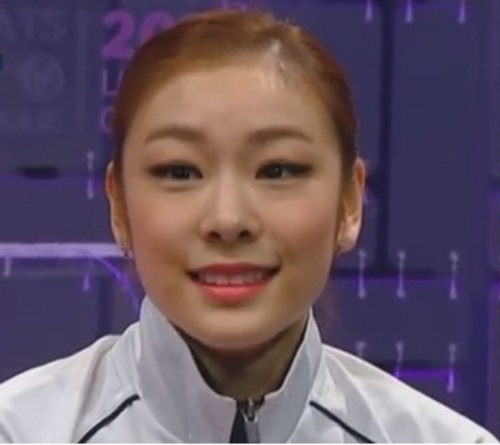 The South Korean’s score of 74.92 in the ladies short program was narrowly ahead of Russia’s Adelina Sotnikova (74.64) and Italian Carolina Kostner (74.12), American Gracie Gold back in fourth on 68.63.

There was a shock however for the partisan crowd as 15-year-old home sensation Julia Lipnitskaya took a tumble and could only manage fifth best, nearly 10 points behind Kim.

“Tomorrow, I will go out there and fight,” said the young Russian.

A similar spirit will be in show on the curling rink as Jennifer Jones leads her unbeaten Canadians against Sweden in the gold medal match after Eve Muirhead’s British girls face Switzerland for bronze.

Canada beat Great Britain 6-4 having led throughout and a terrible Swiss stone in the last end handed Sweden a 7-5 win and a place in the final.

An exciting day of ice hockey sees the world’s top two women’s teams, USA and Canada, battle it out for gold and the fifth and sixth-best teams, Switzerland and Sweden, compete for bronze.

World number one team USA were totally dominant in their semi-final victory over Sweden, registering 70 shots and six different goal-scorers in a 6-1 rout.

Canada’s semi-final performance was not quite as emphatic, two goals from forward Natalie Spooner inspiring them to a 3-1 win over Switzerland.

The build-up to the women’s ski half-pipe has been marred by the injury to 18-year-old British skier Rowan Cheshire, who withdrew from the event after being knocked unconscious by a fall during training.

Despite the danger it promises to be an exciting event and America’s Maddie Bowman, Australia’s Amy Sheehan and Switzerland’s Mirjam Jager are among the favourites for gold.

Norway will be bidding for their fourth gold medal in the last five Winter Olympics when the Nordic combined, the sole male-only Winter Olympic sport, comes to an exciting conclusion with the team event.

Teams of four athletes from ten countries, including Russia, Austria and the USA, will compete for gold, first by ski jumping off the large hill and then skiing cross-country for 5km each.