Sochi 2014: Hosts have big chances in cross-country and bobsleigh on final day to cement spot at top of medal table 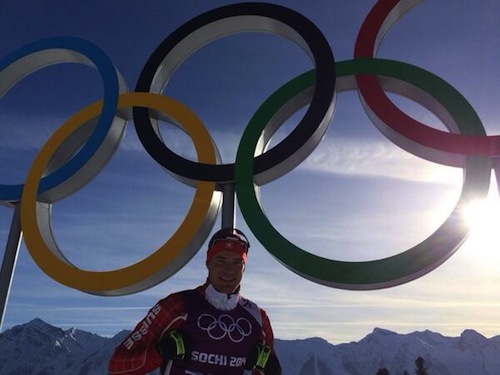 After 15 days of enthralling action, the final three golds will be contested before the closing ceremony brings the $50 billion Sochi Olympics to a close

Despite a shaky start with reports of unfinished hotels, discoloured water and roaming stray dogs, Sochi has largely been a great success with plenty of memorable moments.

The last skiing event kicks off the final day with the gruelling men’s mass start in cross-country. At 50km, it is the longest race of any sport at the Games and a enormous physical test of endurance.

Swiss star Dario Cologna is the bookie’s favourite to claim his third Sochi gold having claimed victory in the 30km skiathlon and the 15km classic.

The Russians will be rooting for Alexander Legkov, a five-time World Cup winner who will be desperate to win his first Olympic gold in his home country at his third Winter Games.

Russian President Vladimir Putin made a surprise appearance to watch Legkov and the relay team take silver earlier this week, and could be back to lend his support in hope that his nation can top the overall medals table at the close of the day.

Putin will likely be staying away from the men’s hockey final between Canada and Sweden at the Bolshoy Ice Dome, still hurting from the host’s bitterly disappointing quarter-final loss to Finland.

The Canadians are strong favourites to claim glory and take their third gold in four Games. It would also complete a double in the sport after the women’s team beat the United States 3-2 in their final on Thursday.

Sweden, who defeated Finland 2-1 in the semi-finals, are by no means easy opponents however. The Nordic side have won gold twice in the past, including a 1994 triumph over Canada at Lillehammer.

“They don’t give you much and they’ve got one of the best goalies in the world behind them so I wouldn’t be surprised if it’s going to be another 1-0 game.”

The third and fourth run of the men’s four-man bobsleigh will be the final action at Sanki Sliding Center. The Russians are the favourites in this event with a team headed by Alexander Zubkov, who took gold in the two-man event.

Great Britain’s last medal chance of the Games comes from John Jackson’s team. The 36-year-old would love to finish on the podium after striving to compete in the event after recovering from an achilles injury suffered last year.

Jackson said: “Whatever the result, we are going to hold our heads up high and give it everything we can in true British fighting spirit.”

Once the hockey brings an end to the 2014 winter programme, all eyes will move to Fisht Olympic Stadium with the closing ceremony.

There will be extravagant performances and parading of some of the heroes of these Games, culminating with the lowering of the Olympic flag and the ceremonial handing-over to Pyeongchang, South Korea, the next hosts of the Winter Games in 2018.