Sochi 2014: Day 16 – Russia round out joyous Games with ruthless efficiency 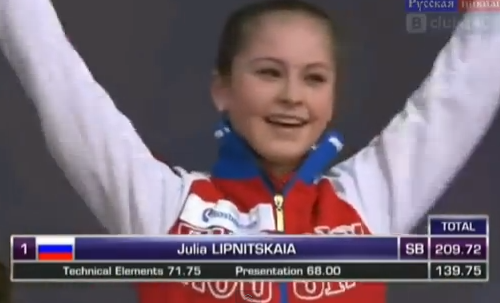 Russia, as they have been doing throughout large parts of the their first home Winter Olympics, fittingly tore their opposition to shreds first thing on the Sochi Games’ final day before they prepared to once again melt the hearts of the world with a spectacular closing ceremony.

Before it all began, nations were queuing up to criticise the Russians for so many things, including the $50 billion they spent to make these Games the most expensive, Sochi’s warm climate, their anti-gay stance, their whipping of Pussy Riot and their detention of Greenpeace activists for 100 days.

But a combination of kindly volunteers, outstanding athletes and compelling sporting action has persuaded many to look at Russia in a different light.

On day 16, the host nation roared to gold in the four-man bobsleigh and gold, silver and bronze in the 50km cross-country to ensure Russia topped the medal table with 33, more than double the 15 they won in Vancouver 2010.

The superb tally is their highest at a Winter Olympics since Lillehammer 1994 and includes 13 golds, 10 more than they won in Vancouver.

Russia also become the first host nation to top both the overall and gold medal tables since Norway in Oslo 1952, which was also the last time Russia (then known as the USSR) did not compete.

Skiing cross-country for 50km is an incredible feat of endurance, but it did not deter all three Russians, Alexander Legkov (gold), Maxim Vylegzhanin (silver) and Ilia Chernousov (bronze) from making late surges to secure their places on the podium.

The number one Russian four-man bobsleigh team held off a superb final run from the Latvians to win gold and become the only nation to win two events in the sport these games.

News of three more athletes (six overall) failing drugs tests have put a slight dampener on proceedings but will not stop the Russian party.

“So many people have been doing all they could to help me and now I’ve disappointed them with my silliness,” said Duerr.

In the final event on Sochi’s final day of competition, the men’s ice hockey, Canada stormed to an emphatic 3-0 win over Sweden with goals from Jonathan Toews, star player Sidney Crosby and Chris Kunitz.

Following on from the women’s win on Thursday, the result means they have now won the most medals in three sports – freestyle skiing, curling and ice hockey – and moved up to third in the medal table with 10 golds, one more than the USA in fourth place.

The Sochi Olympics of 2014 have provided the world with a true story of redemption as Russia set themselves up for a fall and faced criticism around the world for their politics and their actions.

But, when the talking stopped and the Games began, the watching world cast aside its doubts and enjoyed a truly gripping spectacle played out in a great atmosphere – a real triumph for Russia.