Sochi 2014: The might of Russian hockey and men's slopestyle skiing will be out to provide the Games X-Factor on day six 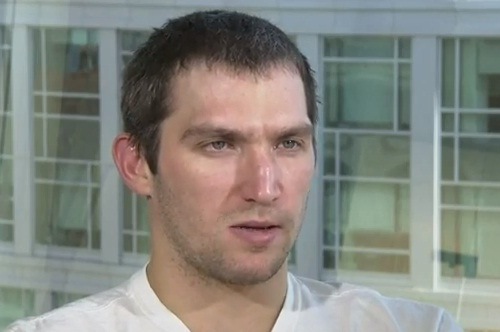 All eyes will be on home town hero Alexander Ovechkin as the NHL superstar aims to kick-off Russia’s bid to ascend back to the top of the ice hockey world.

Ovechkin’s mother is a two-time Olympic gold medallist and the 28-year-old Washington Capitals winger will be supported by fellow NHL superstars Pavel Datsyuk and Andrei Markov.

“I don’t feel pressure,” he insisted. “There’s not just a large responsibility on me, but on all of us.”

“I hope we’ll play the finals. It’s our main aim to fight for the gold. We will see what happens.”

This medal gives me so much confidence. It is a medal not only for me, but for the Russian team. But of course it’s silver, it’s still not gold

It will be all smiles as men’s ski slopestyle final makes its Olympic debut and Britain’s James Woods will be battling it for a medal.

“I’m up here skiing with all my friends,” Woods says about the vibe on the hill.

American pair Heather Richardson and Brittany Bowe will be red-hot favourites, but with the support of the hometown crowd Fatkulina will be full of confidence and out to cause a shock.

“This medal gives me so much confidence. It is a medal not only for me, but for the Russian team. But of course it’s silver, it’s still not gold,” she said after her 500m race.

“From now on I will be able to do so much better in big races. As of now I’m sure I can also win gold.”

In the cross-country ladies’ 10km classic Norwegian Marit Bjoergen aims to become the first woman to complete the medal set in 10km events at the Olympic Winter Games after her skiathlon victory.

Swede Charlotte Kalla will be aiming for a record of her own, bidding to become the first woman to win a 10km event twice after her gold in the 10km freestyle at Vancouver 2010.

The absence of favourite Wang Meng due to injury will leave the 500m short track final wide open, with up to eight racers in with a realistic chance of gold.