Sochi 2014: IOC warn drug-taking athletes they will be found out one day under new WADA drug testing guidelines 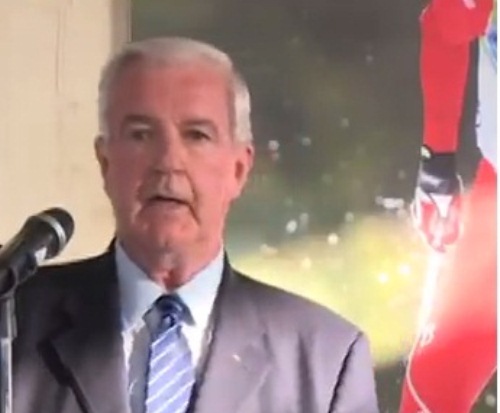 New retrospective drug testing guidelines mean that drug cheats, who thought they had got away with doping, will have their medals snatched from them up to a decade from now.

The World Anti-Doping Agency (WADA) has a new statute of limitations, which has extended the length of time that samples are stored and available for testing, from eight to ten years.

This change means that WADA can take advantage of new technologies that may be able to pick up traces of illegal substances that cannot yet be detected.

The message to the athletes is that if you cheat, if you take drugs, if we don’t find you now we may find you later and we will certainly find you sooner or later

The games are the first to fall under the new limitations, and International Olympic Committee medical commission chairman, Professor Arne Ljungqvist, explained that samples from Sochi would be collected for retrospective tests of human growth hormone once the latest test has been approved.

“The code that will come into effect from 1 January 2015 allows for a 10-year statute of limitation, and we will exercise that as from now,” said Professor Ljungqvist.

“There might be substances around on the occasion of, say, an Olympic Games, that we were not aware of or that may not yet have been officially on the market and for which we had not yet then developed the necessary methodology at the time of the Games.

“That is one reason as to why we would like to be able to go back, once methods have been developed for substances that may have been there but we didn’t have the method for.

“The message to the athletes is that if you cheat, if you take drugs, if we don’t find you now we may find you later and we will certainly find you sooner or later. That is an important deterrent message.”

IOC medical director Dr Richard Budgett explained that they would probably use intelligence to target certain individuals well in the future.

“In the majority of cases, naturally, we will wait until near the end of the 10 years, because then there’s the greatest chance of having new methods available,” said Dr Budgett.

Sochi is making huge efforts to prevent cheating, enforcing 14% more tests than in Vancouver, and with two-thirds of the proposed 2453 doping tests so far, no athletes have yet failed.

Sochi officials have confirmed that they will be focusing more on endurance and strength sports, which carry the greatest risk of doping.

“There is also the history of doping in different sports where there have been anti-doping rule violations, adverse analytical findings, so those sports will be targeted,” Dr Budgett said.

“We also target them in the pre-competition phase, which is the most intelligent time where you can use intelligence to make sure that we have the best possible chance of picking up abuse of substances like erythropoietin (EPO).”