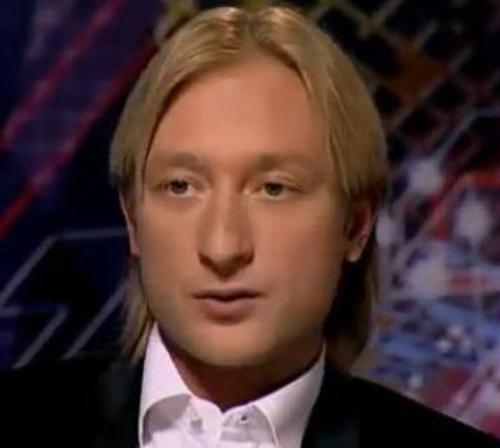 Russian superstar Evgeni Plushenko announced his retirement today after pulling out of the men’s figure skating competition following an injury suffered in training.

Plushenko, 31, has been a controversial and enigmatic figure over the years. His brilliance on the ice often clashed with the blunt nature of his words off it.

Below is a series of quotes about Plushenko, the differing sentiments illustrating his impact in the figure skating world.

Plushenko’s former colleague following the divorce from his first wife:

“He first asked me out whilst I was still married. The first thing I thought is that he should get a nose job.”

“Plushenko is a true icon of men’s figure skating and an extremely courageous athlete. And when he says that he’s ready to compete I believe we can trust his words without doubt.”

“I was a little disappointed that my role model would take a hit at me in what is probably one of the most special moments of my life. I’m sure he said stuff in the heat of the moment, stuff that I’m sure he doesn’t mean.”

“I envied Plushenko for a long time and admired him and the chance to be able to fight and defeat Plushenko on the same night will be unbelievable.”

“I’m a huge cheerleader for Evgeni Plushenko, he’s been an incredible asset to our sport, he’s really revolutionised the sport throughout his years in competitive skating.”

“Evgeni Plushenko has proved over the years that he is great champion.”

“He’s a liar, I have a strong suspicion that there was no surgery at all, taking into consideration the fact that two days ago, Israeli media said that they could not find the hospital where Plushenko was staying.”

“I admire his courage and consistency so much, especially because I’m sure that coming back from time away from skating isn’t easy.”

“Go to your nationals and compete with the best and if you deserve to go, then good, great. But I don’t think it should be based on his popularity, or arrogance, or just because of his name.

“Plushenko is a great winner… I mean a great loser. He’s a poor winner and a poor loser. I am not a fan.”

“I respected him before, but I respect him even more now.”

“I don’t think people realise how difficult it is to come back at that level. It was already hard enough before the rule changes.”

“Plushenko was strong, really strong – in the mind.”

“There are better skaters than him, and they can have choreography that is better than him. But when he’s on the ice and he does every jump would be eye catching, metronomically, then what can you say?

“Nobody can beat him, because if he’s doing two quads, one with the combination with the triple and then two triple axels, he has more points than anybody.”

“‎It’s like when you’re going to a Neil Diamond concert, you’re thinking, ‘Really?’ And then as soon as he walks onstage, you go: ‘I’m glad I came. He knows what he’s doing.’

“When somebody steps on his stage, and owns it, you’re glad you’re seeing it — and that’s what Plushenko does. He’s not one of my favourite skaters, because I’m more intricate and I like footwork. So is he in my top 5? Well, no, because that’s not his priority.”

“Do I want to watch him? Yes, I do not go to get a sandwich while Plushenko’s on the ice.”