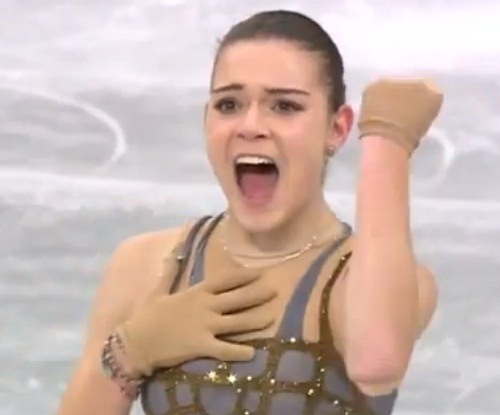 Figure skating is supposed to be all about beautiful routines that wow judges and viewers alike.

While there was plenty of that, sadly the Sochi Winter Olympics were also somewhat spoilt by controversy surrounding judging decisions.

The biggest complaints centred around Thursday’s finale to the ladies’ individual skating – the most high-profile event in the sport.

South Korea’s Yuna Kim produced a near-perfect performance in the free dance and many viewers around the world fully expected her to be awarded the gold medal.

“If you were to write a textbook, that would be how to do it,” said a commentator for Canadian broadcaster CBC.

“Nobody compares to the flow she takes as she jumps and on the landings.”

However, the gold went to Russian skater Adelina Sotnikova, who scored five more points than Kim despite appearing to make an error on a combination jump.

The host nation was ecstatic but it did not take long before spectators from other countries made their feelings known on social media.

Anger among viewers was directed at the IOC’s decision to allow four Russian judges onto the 14-strong panel for the women’s individual event.

South Korean observer Kim Byoung-in said: “She is and will be our gold medallist forever.”

After winning silver, Kim, 23, announced her retirement, saying she wanted to rest, and leaves the sport after an outstanding career including Olympic gold (Vancouver 2010) and two world championships.

The South Korean superstar also holds the distinction of never finishing off the podium at senior level in international competition.

Since the event, nearly 2 million people have signed a petition demanding an investigation of judging decisions made during women’s figure skating events at the Sochi Olympics.

According to reports, the Korea Skating Union (KSU) said it had met with International Skating Union (ISU) President Ottavio Cinquanta and officially asked him to confirm whether the ladies’ individual event was held fairly according to ISU standards.

It is worth noting that ISU rules have always required such protests be filed within 30 minutes of an event, so the KSU’s complaint may have come too late.

Controversy is nothing new in figure skating, but this is not even the first time the judges have been questioned during these Olympics.

American skater Ashley Wagner felt she was under-marked by the judges by about six points for her skate in the women’s short program during the team competition.

“I know roughly when I skate a good program where the score should end up,” Wagner told Yahoo Sports.

“People don’t want to watch a sport where you watch people fall down and somehow score above someone who goes clean.”

In response to the bad press it has received, the ISU issued a statement emphasising its commitment to fair performance evaluations and proper judging practice.

“The officiating judges were selected by random drawing from a pool of 13 potential judges.

“To avoid exaggerated markings the highest and the lowest scores entered by the judges are excluded to produce the final score.”

In the statement, the ISU also reported that, contrary to reports from South Korea, it had not received any official protest relating to the ladies’ free skating event or any other Sochi Olympics event.

Away from the whiff of scandal, the figure skating began in style when stunning routines from 31-year-old superstar Evgeni Plushenko and 15-year-old rising star Julia Lipnitskaia guided Russia to gold in the team event.

It turned out to be Plushenko’s last-ever Olympic skate when he withdrew from his individual event and retired from the sport altogether after suffering a back injury in the warm-up.

In the men’s individual event, 19-year-old Yuzuru Hanyu achieved a world record score in the short programme en route to becoming the first Japanese skater to win Olympic figure skating gold – still the country’s only title of the Sochi games.

“I’m just shocked. I’m so proud of this feat as a Japanese,” said Hanyu.

Figure skating concluded with the ladies’ individual competition, which saw Sotnikova claim an historic victory for Russia – their first ever victory in the event.

Sotnikova’s win capped a phenomenal home Winter Olympics for Russia in figure skating as they won three gold medals, one silver and one bronze. On this evidence, they will be the team to beat at next month’s world championships in Japan while their more long-term task will be to fill the void left by Plushenko.