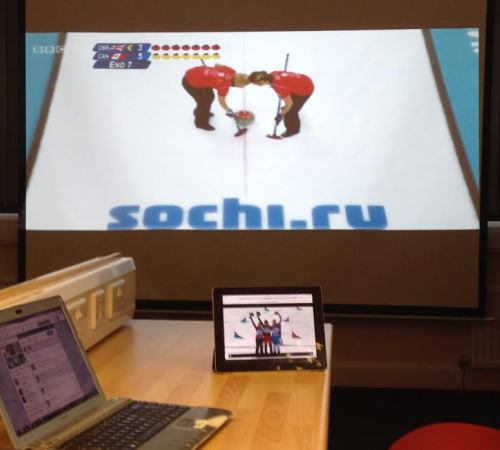 Global broadcasting of the Winter Olympics in Sochi has exceeded viewing figures for any previous Winter Games, said the International Olympic Committee.

This is almost double that of Vancouver four years ago which had 57,000 hours shown across 240 broadcasters.

Lumme estimated that half a billion people worldwide had tuned in to the opening ceremony.

The 230 digital destinations can be broken down into 155 website and 75 applications, showing a shift away from traditional fixed screens to more mobile devices, although people are often flicking between the two.

“It is interesting that we are not just seeing people stay on mobile,” Lumme added.

Canada has recorded the highest proportion of viewing figures, with 90% of Canadians watching some coverage of the games. Three-quarters of Russians have tuned in to their home games while over half the US population have watched some coverage.

Two-thirds of Koreans have also tuned in while 190 million people in China have watched at least 15 minutes of coverage.

The Sochi 2014 organising committee have been similarly successful on the commercial side, raising $1.3 billion in domestic sponsorship, a record for the Winter Olympics.