Sochi 2014: Poland eyeing a sweep of the men's ski jumping, led by the in-form Kamil Stoch who has his own history to make 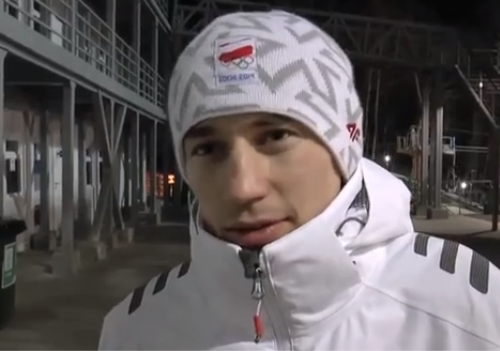 Kamil Stoch will lead Poland’s attempt to sweep the men’s ski jumping events at Sochi in a bid to become only the second man to win all three ski jumping competitions at an Olympics.

And recent form does not suggest that the Austrians will improve on their recent showings as they have not won any of the last eight men’s world cup team events, a run dating back to March 2012.

“I am looking forward to it, it is a new day, a new competition, with new conditions. We will see.”

Meanwhile Poland are flying high with three jumpers finishing inside the top 15 of the large hill and Stoch, who is aiming to equal Finaland’s Matti Nykaenen who took all three ski jumping golds at the Calgary games, knows it will not be easy.

“I really would like to have a third gold medal but it will be hard to win any medal,” the 26-year-old said.

“It will be really hard to get a medal. There are a lot of teams which are on a similar level.”

Other challengers include Japan, Norway, Germany and in-form Slovenia who have won five of the last eight world cup events.

For Slovenia Peter Prevc has been the shining light and he already has two medals, silver in the normal hill and bronze in the large hill.

But his compatriots have not impressed with their performances at the games and the injury that kept Robert Kranjec out of the normal hill may hamper their chances.

“We will try, so there will be no celebrations, at least until Monday, then we will see,” Prevc said.