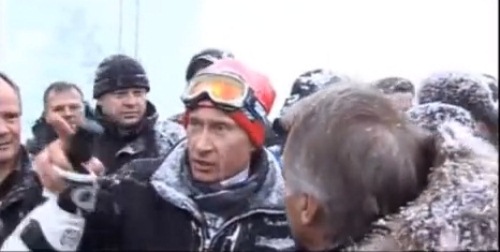 For all the talk about the price tag of the Sochi Games, now that the Olympics are over the attention turns to the legacy of the Games and the future of the venues that cost so much money to build.

The organising committee, and President Vladimir Putin, said before the Games that they believe Sochi will become a city that tourists will flock to in the winter months, not just in the summer as they already do.

Despite the committee insisting that there is a plan in place for the future use of the Olympic venues, Prime Minister Dmitry Medvedev issued an order on the government website ordering a viable plan to be made.

“There will be no white elephants,” said Dmitry Chernyshenko, the president of the Sochi 2014 Olympic Organizing Committee.

“Remember in the short term we’re hosting the G8 summit [June], Formula One [October], matches in the 2018 World Cup and many winter World Cup events.”

The ski resort will open to the public on March 22, complete with a new Marriott hotel, but will the public take to the slopes which Putin persuaded the IOC would turn into an international venue.

“We have no doubt whatsoever that this resort will ultimately survive and will stay a ski resort,” said Sergey Belikov, manager of the Rosa Khutor alpine resort.

“We have no doubt whatsoever that this will be commercially viable.”

Although this is not a belief shared by everybody.

“I doubt that ordinary Russians will have any idea on that or will be interested,” Lilia Shevtsova, a senior associate at the Carnegie Moscow Center’s Russian Domestic Politics and Political Institutions Program, told the Washington Post.

“This is the project for rich people. The latter hardly will be interested either because they will find it more safe to have vacation or engage in sport activity in the Alps but not in the vicinity of the Northern Caucasus. . . . The rest will be a new ghost city.”

Sochi will hope that their venues do not go to waste like those in Athens after the 2004 Olympics, many of which now stand abandoned in a country riddled with debt.

In terms of Winter Olympics it could be argued that the venues are harder to recycle into alternative arenas – it is difficult to turn a ski jump into a concert venue for example.

Salt Lake City is an example of a Winter Olympic city which has continued the usage of its original venues since the Games in 2002, but the city and surrounding area were already a winter sports hub long before the Games.

Sarajevo, on the other hand, has seen many of its 1984 venues fall into disrepair and abandonment – obviously not helped by the years of war in the region.

The Zetra Olympic Hall, which was the scene of Torvill and Dean’s gold medal winning Bolero skate, was destroyed by the shelling and bombing of the Serb forces in the Bosnian War and later rebuilt into a new multipurpose arena.

Related to LRT… ruins of the Sarajevo Olympics in 1984 http://t.co/WXR1QVaqhf pic.twitter.com/OOEhSXx5HH

President Putin has said that it would be unfair to pump more money into Sochi after the games to continue the legacy.

“It is necessary at least to put to use what has been created and to ensure that all this is used effectively,” he said.

Only time will tell what becomes of Sochi, but after all of the memorable moments from the Olympic, the world will hope that the resort is not forgotten about as soon as the curtain comes down.

Sochi 2014: Day 16 – Russia round out joyous Games with ruthless efficiency