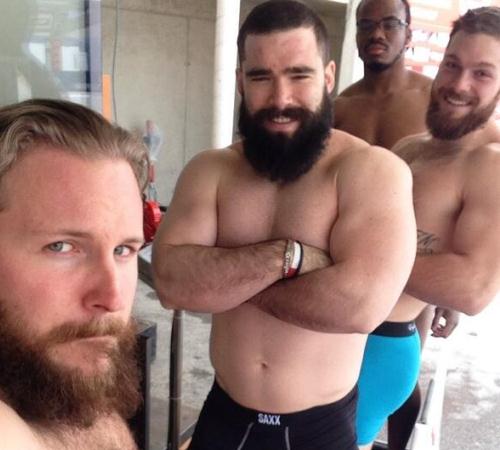 The website of Canadian Olympic bobsledder Justin Kripps has had its access restricted since the Canadian arrived in Sochi for the Winter Olympics.

It is believed the the 27-year-old’s site fell victim to Russia’s strict browsing laws possibly due to a viral photo of Kripps and his team mates posing in underwear.

Looks like my website is censored in Russia, haha classic #SochiProblems I wonder if there’s a camera in my room

Kripps’ tweets automatically link to the news feed on his website and he is using the website to update fans on the team’s preparations and progress at the Olympics, but when he arrived in Sochi he found access to it had been barred.

The message cited three possible reasons, which when translated includes:

-It is a source which spreads information which is prohibited in the Russian federation and law. (Then it lists other addresses already on this list.)

-The website is using information from right holders that it shouldn’t be.

In response to the censorship Kripps tweeted: “Looks like my website is censored in Russia, haha classic #SochiProblems I wonder if there’s a camera in my room.”

Kripps finished fifth in the four-man event at the 2010 Winter Olympics in Vancouver.