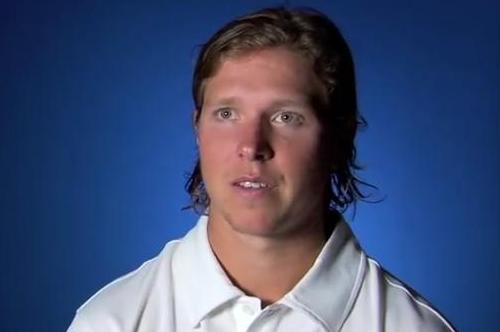 The time was 1pm on Sunday afternoon in Sweden. A proud ice hockey nation eagerly awaited the final against gold medal holders Canada. The stage was set. Except one man was missing.

After a memorable 15 days of Olympic competition, including a sensational women’s final where Canada scored twice in quick succession at the death to force extra time against a superior United States outfit before somehow clinching victory to defend their Vancouver crown, and the most remarkable men’s clash between USA and Russia that practically broke Twitter, the absence of pivotal Swede Nicklas Backstrom from his side’s attempt to wrestle back Olympic glory from their North American rivals was not a fitting finish.

Highly-rated centre Backstrom was withdrawn from the game, which Sweden lost 3-0, just hours beforehand for violating anti-doping rules after taking the same pill he has for years to treat his sinus-related allergies.

We cried both of us. I don’t cry easily, but we were both very sad.It was meant to be the most important game of Nicklas’s life and then I come cycling like a f**king idiot, telling him he can’t play

The medication contains pseudoephedrine, a stimulant and banned substance by the International Olympic Committee (IOC) and the World Anti-Doping Agency.

The IOC permit up to 150 micrograms per millilitre of pseudoephedrine. Backstrom’s level was around 190, so he failed the test.

The controversy stems from testing being completed following Sweden’s quarter-final on Feb. 19 – but Backstrom not being informed of the result until two hours before the final. The results are usually available within 48 hours, which translates into Friday, not Sunday. Not hours before the game of a player’s life.

“I talk for the players, coaches, and all staff in saying we are all very upset today, our opinion is that the IOC has destroyed one of the greatest hockey days in Swedish history,” said Tommy Boustedt, general manger of the Swedish team, who said he was told at 1:30 local time that Backstrom needed to be in a disciplinary meeting within half an hour, so he promptly cycled to the Bolshoy Ice Dome where the player was warming up and the pair hopped on bikes back to the hearing.

“The timing is awful, and my suspicion is that this is political. If we got the decision two days ago, I don’t think so many people would be sitting here right now.

“The closer to the games the more people will get interested, it is political in the way that they need examples to show the sport world that this isn’t doping. Unfortunately this isn’t doping, this was something else.”

“There is no doping in this instance,” he said.

The IOC also announced Latvian player Vitalijs Pavlovs had tested positive for banned stimulant methylhexaneamine after their loss to Canada in the quarter-finals.

On the ice, and the larger ice rink at the Bolshoy Ice Dome combined with the increased emphasis on defence and goal tending contributed heavily to fewer goals in the men’s tournament than in Vancouver (180 to 141).

I can guarantee that will never happen

Slovenia and Latvia were the surprises of the men’s competition finishing seventh and eighth respectively whilst 1998 winners Czech Republic and medal hopefuls Switzerland finish in sixth and ninth.

Sweden overcame its demons beating arch-rivals Finland for the first time since 2007 while hosts Russia again under-achieved with their quarter-final exit, despite providing the men’s game of the fortnight with their penalty shootout loss to fierce rivals USA after a fast and furious three periods where they were denied a winner by the officials.

The women’s game is significantly more one-sided than the men’s and concern mounted over the lack of close games up until the superb final, however IIHF president Rene Fasel guaranteed women’s hockey will not be taken out of the Olympics.

This was illustrated as the North American dominance continued as Canada and USA once again competed for the overall win since it was introduced in 1998. Only at the 2006 Torino Games did the final not include the neighbours when Sweden made the gold medal game.

In contrast to the men’s team Switzerland overcame the odds to secure their first ever hockey medal by winning bronze against Sweden.