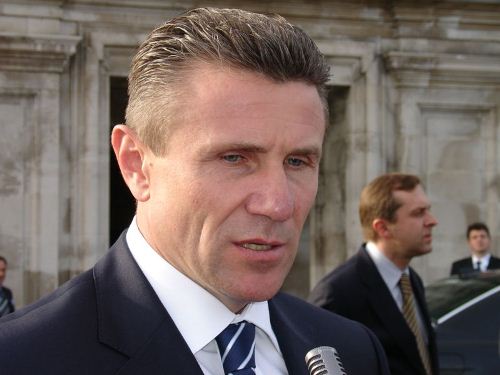 The International Olympic Committee (IOC) have rejected a request by the Ukrainian delegation to wear black armbands in memory of those killed in protests in Kiev.

Violent clashes between police and anti-government protesters in Independence Square over the future development of Ukraine have so far claimed the lives of 26 people and left hundreds injured.

The county’s government has vowed to use whatever force necessary to remove the protest camp which formed in November.

Our athletes are competing hard in Sochi, but peacefully and with honor. Violence has no place in the World

“The answer was received from the IOC that in accordance with the Olympic charter it is not possible to do this.”

Despite the rejection, IOC President Thomas Bach offered his condolences to the families of victims and praised Ukraine’s athletes for continuing to compete with great dignity at the Winter Olympics in Sochi.

“I would like to offer my condolences to those who have lost loved ones in these tragic events,” Bach said. “Our thoughts and sympathy are with the Ukrainian team at what must be a very difficult time.

“The way they have continued to represent their nation with great dignity is a credit to them and their country.

“Their presence here is a symbol that sport can build bridges and help to bring people from different backgrounds together in peace.”

Sergey Bubka, the Ukrainian pole-vault Olympic champion who is president of his country’s Olympic Committee and an IOC Executive Board member, appealed for an end to the violence on his Twitter account.

I want to bring Olympic Truce to my country.Dialogue is power, violence is weakness.

Our athletes are competing hard in Sochi, but peacefully and with honor. Violence has no place in the World.

Deep condolences to victims in Kyiv. My appeal to all sides: please remember the tradition of Olympic Truce, lay down weapons!

“Those are terrible scenes,” IOC communications director Mark Adams said on the conflict. “The Olympic truce is an important symbolic thing for us.

“I’m not sure it plays much part in what’s going on there. But clearly we hope the situation will be solved as quickly and with as little bloodshed as possible.”

Earlier, Ukrainian tennis star Sergiy Stakhovsky tweeted that he would be mostly tweeting in Russian or Ukrainian from now on as he expressed his views on the on-going conflict.