Sochi 2014: After 13 full days of competition without any positive drug tests, confirmation two athletes had failed theirs was broken on Friday 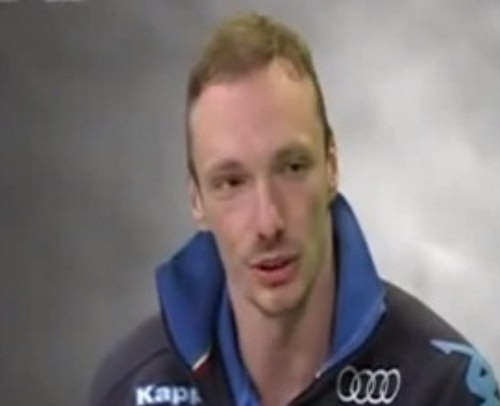 The International Olympic Committee’s hopes that Sochi 2014 would prove to be a ‘drug free games’ have been dashed by failed doping tests for Germany’s twice cross-country skiing champion Evi Sachenbacher-Stehle and an Italian bobsleigher.

The German, who had to face a provisional five-day ban before the 2006 Turin Games for high levels of haemoglobin in her blood, was competing in the biathlon in Sochi but did not win a medal and tested positive for the stimulant methylhexanamin.

This is the worst nightmare you could imagine. I can’t explain how the doping test could be positive

“The (German Olympic Committee) DOSB stands for a doping-free sport and a zero tolerance,” said DOSB Secretary General Michael Vesper. “We only want clean performances. Every doping case is initially a disappointment but also proof that the system works.”

Sachenbacher-Stehle was aghast at the news.

“This is the worst nightmare you could imagine,” she told German media. “I can’t explain how the doping test could be positive.”

“The Italian Olympic Committee (CONI) now needs to sort out the composition of the bobsleigh team which Frullani was part of, to make it back up to four,” CONI said in a statement.

He is likely to be replaced in Saturday’s four-man bobsleigh event by Samuele Romanini after clearance for the change was received by the IOC.

Before the Games, Russian biathlete and medal hope Irina Starykh, withdrew after failing a drugs test.

Doping offences at the Winter Olympics had appeared to be on the wane after just one athlete had been caught at each of the two previous Games in Vancouver and Turin.

A crackdown had followed the 2002 Salt Lake City Games at which seven competitors were stripped of a total of nine medals having been found guilty of a variety of offences.

Russian Larisa Lazutina handed back two golds and a silver medal when darbepoetin, a substance which increases levels of red blood cells, was detected in her system.

At the three proceeding Games, Albertville ’92, Lillehammer ’94 and Nagano ’98, not a single athlete tested positive for a banned substance.

West Indies v England: Stuart Broad wants to get back to ‘winning ways’