Sochi 2014: Snowboarder Jamie Nicholls itching to get started despite fall 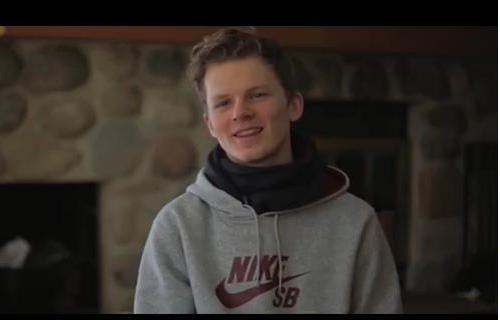 Jamie Nicholls is in a positive frame of mind as he prepares to make his Olympic debut in Sochi – despite being one of a number to fall victim to the snowboard slopestyle course.

Nicholls suffered a fall on the course at the Rosa Khutor Extreme Park in training on Tuesday and he’s not the only one with double Olympic champion Shaun White among that number.

I hurt my neck yesterday so I’m just chilling. I tried a transfer at the top and came down heavy and landed on my head

After initial concerns over safety issues, Norway’s Torstein Horgmo suffered an injury on Monday that ruled him out of the Games, the course has been changed ahead of the qualifying round for both men and women on February 6.

Nicholls won’t take to the slopes before then but is upbeat that there will be no issues on his part as he attempts to make the final on his and the sport of snowboard slopestyle’s Olympic bow in Russia.

“I hurt my neck yesterday so I’m just chilling. I tried a transfer at the top and came down heavy and landed on my head,” he said.

“I got my runs down yesterday so I’m confident. I will do my stock run and see where it puts me.

“Hopefully it gets a little softer and I can try some new stuff. I hope to make it to the finals and see where I can go from there.”