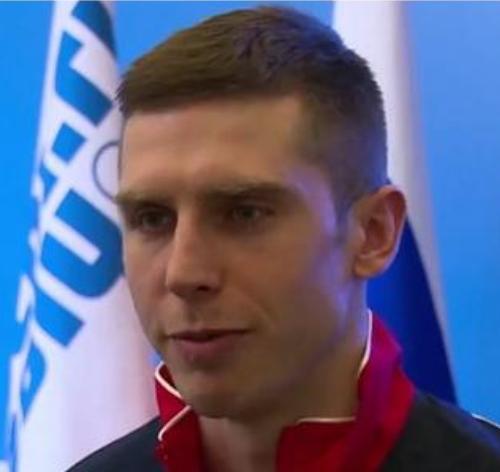 I’m coming here to push for medals, I’ve come close in the past and hopefully that experience will get me across the line

But he doesn’t want the moment to be his only happy memory of Sochi, as he looks to improve on a fifth and sixth place, from the 2006 and 2010 respectively, in his signature 500m event.

“I’m the second short track speed skater to carry the flag after Wilf O’Reilly. He was a hero to me, he was from my hometown (Birmingham) and hopefully I can do as well as he did in 1988 (O’Reilly won two golds when short track was a demonstration sport),” he said.

“It will be my third opening ceremony and I’ve marched behind Rhona Howie and Shelley Rudman, who have both won Olympic medals. Hopefully I can emulate them here in Sochi.

“I’m coming here to push for medals, I’ve come close in the past and hopefully that experience will get me across the line.

“Carrying the flag is an honour and hopefully it won’t be the only highlight of my two weeks here at the Olympics.”

Eley found out he’d been selected for the role earlier this week but was only allowed to tell his wife, Joanne, and parents, even keeping his close-knit team-mates in the dark.

“We’ve got a fantastic team of 56 athletes and to be the first man through the door with the flag, it will be a very special feeling,” he added.

“I watched Sir Chris Hoy carry the flag at London 2012 and I can’t wait to be able to do it myself and it will be a big highlight of my career.

“I remember seeing how much it meant to him, how emotional he was. For someone who had achieved so much, that shows it’s a big moment in an athlete’s career.

“This is also a proud moment for my family who have supported me during my career.

“My wife (Joanne) was a bit emotional when I called home and she knows exactly what it means to me. We’ve been through every thing together, we’re from the same sport and we’ve grown up together.

“When I told my parents my dad (Paul) got quite emotional, it was something nice to share with them.”