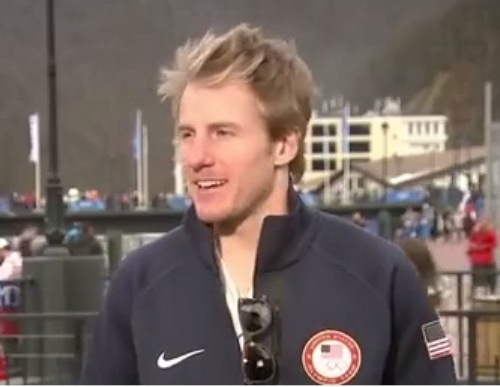 American Ted Ligety won the Olympic men’s giant slalom at the Sochi Games to become the first non-European gold medallist in the event.

Leading by almost a second after his first run, Ligety only needed a clean run second time around to clinch his first gold in the discipline despite winning the year-long giant slalom World Cup in four of the last six years.

The 29-year-old became the first American to claim two Olympic gold medals in alpine skiing after his surprise win in the super-combined, one of his weaker events, at the Torino games in 2006.

This was really the event that I wanted to win. … I know where I stand in giant slalom

“This was really the event that I wanted to win. … I know where I stand in giant slalom.”

Pinturault was consistent throughout but Missillier, 10th after his first run, needed a fantastic second run to bag the silver medal.

“This is a beautiful day for the French team,” said Missillier.

“It’s a big dream. I never thought I could do this.”

Pinturault, second overall in the giant slalom World Cup standings, was one of the main rivals to third-placed Ligety for gold alongside pacesetter Marcel Hirscher, who finished fourth and missed out on a medal.

“I am really pissed off. It was the biggest chance for a medal in my whole career,” said Hirscher.

I don’t think you can describe me as a hero, I’m just really pleased I was able to start

German Felix Neureuther recovered from his car crash to finish eighth and Italian Davide Simoncelli, third after run one, slipped to 15th.

“I don’t think you can describe me as a hero, I’m just really pleased I was able to start,” said Neureuther. “It’s really a small miracle considering everything that’s happened.”

Another German, Stefan Luitz, was set to go into run two in second before his disqualification for straddling the last gate.

The American’s win also represents a return to his 2013 form, which saw him win six out of eight Giant Slalom (GS) races to clinch his fourth World Cup.

Compatriot Bode Miller finished 20th in his last-ever Winter Olympics skiing event and said there is no question Ligety is the best giant slalom skier in the world, while Muhammad Karim, the only representative of Pakistan at the Sochi Olympics, finished 71st.

I'm bummed I'm out for the slalom, I wanted a miracle. Thank you all for the amazing support, it's been incredible.

Before the race, USA Today billed it as Ligety’s Allyson Felix moment – the chance to win the event he is known for on the biggest stage of all: the Winter Olympics.

Having now achieved his ultimate goal, Ligety can finally relax and enjoy the adulation of the American public, safe in the knowledge he has scaled the highest peak in skiing.