2014: Controversial figure of Irina Rodnina not chosen to light flame for political reasons 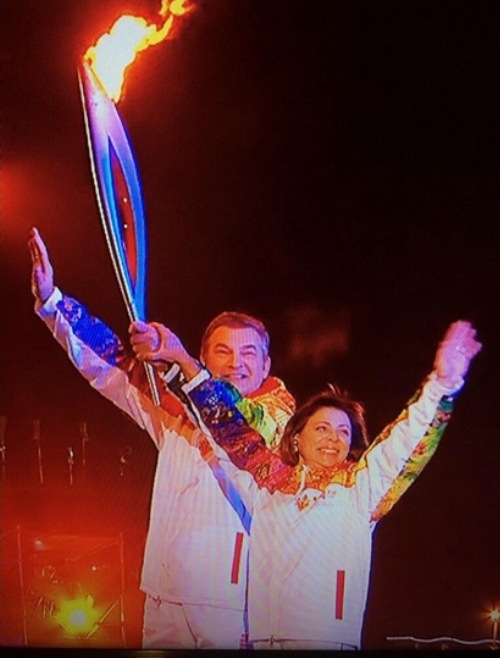 The chosen one: Irina Rodnina

Sochi 2014 President Dmitry Chernyshenko insists that the decision to select Irina Rodnina to light the Olympic flame at the opening ceremony on Friday had no political motive.

The three-time figure skating Olympic champion caused an outcry in the United States in September when she tweeted a photo of Barack Obama which many interpreted as a racist comment.

The tweet, which was deleted from her account, showed Obama eating while a hand holding a banana was superimposed in the shot.

The Olympic Games are not about politics

Rodnina, a loyal parliamentary member of Russian President Vladimir Putin, refused to apologise for her actions and insisted she was entitled to freedom of speech.

However, Chernyshenko maintains that Rodnina’s involvement in the opening ceremony was stimulated entirely by her success in the Winter Games and her contribution to sport.

“Irina Rodnina is from the club of three-times gold medallists and one of the most respected in the world,” Chernyshenko told reporters.

“The Olympic Games are not about politics,” he said.

Obama became the first US President not to attend an Olympics since 2000, with many viewing his snub as the latest episode in the fractious relationship between US and Russia.

The International Olympic Committee stressed they have no influence on the selection of torch bearers.

“It is not the IOC that chooses torch bearers. As Dmitry said, she was chosen for what she has done in sport,” a spokesman said.