Sochi 2014: Love is in the air! Athletes distracted by matchmaking app 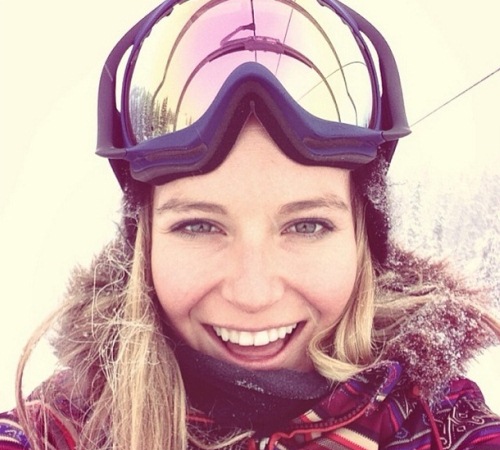 Despite today being the most romantic day of the year, online matchmaking app Tinder’s co-founder Justin Mateen has pleaded with Olympians to put down their phones and remain focused on the games.

American snowboarder Jamie Anderson, who won gold in the women’s slopestyle event, admitted to deleting her account in order to concentrate on her medal hopes.

Even though the app has matched over 500 million people since its conception 17 months ago, Mateen was surprised to hear about its popularity at Sochi.

Tinder in the Olympic village is next level. In the mountain village it’s all athletes – it’s hilarious – there are some cuties on there.

“Tinder is a great way to meet new people when you’re traveling and want to get the most out of your experience in a new city, but for now, focus on giving it your all while competing,” Mateen told TMZ.

“Tinder will always be here when you’re done.”

As Tinder is location based, it means that only users in and around the Olympic village will appear, so Anderson’s revelation that it’s full of athletes comes as little surprise.

“Tinder in the Olympic village is next level,” she told Us Weekly. “In the mountain village it’s all athletes – it’s hilarious – there are some cuties on there.”

“There was a point where I had to be like okay, this is way too distracting, so I deleted my account to focus on the Olympic.”

The 23-year-old Californian native is not the first Olympian to confess to using the app as fellow snowboarder, Rebecca Torr, joked about her desire to match with the Jamaican bobsleigh team.

It seems so far that not many Olympians use tinder…. Just wanna match with the Jamaican bobsled team Smiling face with heart-shaped eyes

The New Zealander’s tweet was spotted by the Olympic Village Daily newspaper, which helped her wish come true, as she finally met the team a couple days before leaving Sochi.

I found them!! @Jambobsled such an honor to meet you guys! #inspirations Goodluck guys I'm cheering for you! pic.twitter.com/d5Me0AHR5y

A dedicated twitter feed called ‘Sochi on Tinder’ has also been launched, depicting profiles of the athletes using the app.

So far 24 Olympians have already been discovered but with 9 days left until the closing ceremony, it can only be speculated to how many more will be featured.

Sochi 2014: From Russia but no love – the golds that got away for the hosts