Sochi 2014: USA's Ryan Suter will follow in his father's footsteps when he takes on Russia at the Olympics 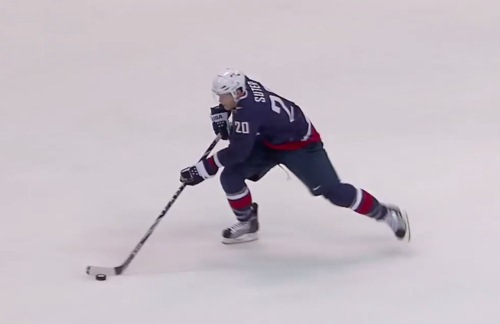 The best a man can get: Ryan Suter Photo: Gillette/YouTube

Ryan Suter was just five when his father skated onto the ice in the 1980 Lake Placid games for the United States’ hockey team against the all-conquering Soviet Union.

In the game dubbed the ‘Miracle on Ice’, Bob Suter was a part of the squad that beat the USSR, who at the time had won gold in six of the last seven Olympic games.

Surprisingly Ryan reveals that his father was always reluctant to discuss his hallowed victory but believes despite his hesitance, he is very proud of the achievement.

I think we’re all focused on just going out and worrying about ourselves, not thinking about what’s happened in the past

“When I was going to elementary school, my teacher would want me to bring the medal and talk about it in show-and-tell,” Suter said. “So I heard about it through my teachers mainly.

“Even today I ask him about different things, like the movie Miracle and he says it was a great tribute to Herb Brooks and that’s all he says – he’s just a pretty quiet, humble guy.”

When the nations meet for the first time since, the 29-year-old Minnesota Wild defenseman will not only be tasked with stopping Sochi’s posterboy Alexander Ovechkin but NHL superstar Yevgeni Malkin.

“Their forwards are big and fast,” Suter said. “They’re top players in the NHL and KHL so they have a lot of good players with good weapons who will be very dangerous.

“I think we’re all focused on just going out and worrying about ourselves, not thinking about what’s happened in the past. It’s a big game against a great team so we’re looking forward to it.”

The home advantage that the USA held in 1980 will be reversed in the Russian’s favour with president Vladimir Putin expected to be in attendance.

However Suter’s father will not be flying out to see if his son can emulate his success, though Suter added: “Depending on how the tournament goes, maybe he’ll come later.”