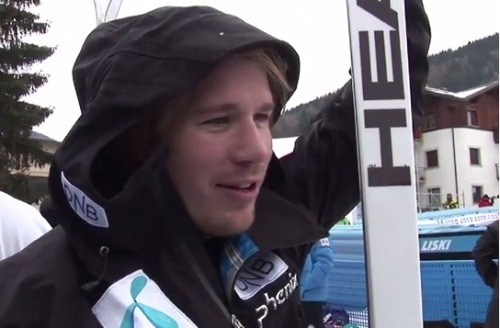 A Norwegian skier finally ‘glided’ at the Sochi Games when Kjetil Jansrud extended his country’s dominance of the Olympic super-G by taking their fourth straight gold in the event, while American Bode Miller became the oldest alpine skiing medallist with joint bronze.

Jansrud’s cross-country skiing compatriots are being lambasted back at home for a poor showing in Russia, their skis not gliding as well as other nations owing to poor waxing, but there was nothing wrong with the 28-year-old’s skis as he added to his downhill bronze medal earlier in the games by holding off a late charge from Andrew Weibrecht.

Miller, Weibrecht’s team-mate, finished in third alongside Canadian Jan Hudec, making him the joint second most successful American Winter Olympian with six medals, which is also a record for an American skier.

It’s been a hard year. I feel really lucky to have come out with a medal

“It’s not so much about the skiing, it’s about everything else,” the 36-year-old said having burst into tears on the podium.

“It’s been a hard year. I feel really lucky to have come out with a medal. I skied hard but it wasn’t about that – it came down to luck. I’m very fortunate.

“I’m just really happy to have got on the right side of the numbers.”

The man who took silver in the same event in Vancouver lost his brother in April 2013 and is currently facing a custody battle for his son.

Thanks for all the support, today was one of the most emotional days of my life. I miss my brother.

By sharing the medal with Hudec, who was competing with a bulging disk in his back, the pair follow on from Dominique Gisin and Tina Maze who split gold in the women’s downhill last week.

The last time that a men’s skiing medal was shared was at the 1998 Nagano games with Hans Knauss and Didier Cuche joint winners of the silver in the super-G.

The result significantly boosted team USA’s morale on the slopes, as they had been a disappointment at the Olympics so far, Julia Mancuso’s bronze in the super-combined the only success.

However Weibrecht and Miller have made things look much more respectable and the former, who won bronze in the super-G four years ago, has endured a terrible run of form which eventually lead to him losing his funding from the US team.

However his two Olympic medals are the only occasions he has managed a podium finish in his international career.

“It’s been a rough couple of years. This makes up for it.”

Miller, who shares the same ski technician as his teammate, was adamant his friend’s resurgence was no fluke.

“With the intensity he has and the athletic ability he has on skis, I can’t say I’m surprised,” he said. “I was on the podium with him last time, and I was lucky to have snuck ahead of him last time. He got me this time.”