Sochi 2014: Seasoned past champions and their pretenders all have a shot at glory on day five in Russia 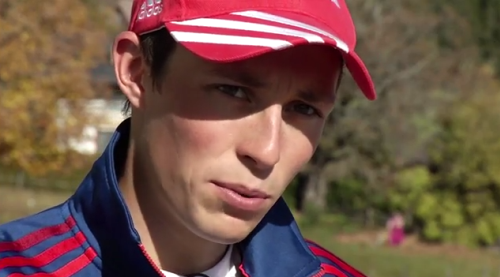 Experienced greats and newcomers will both have a chance to etch their names in the record books in a fascinating day of action in Sochi on Wednesday.

The physically demanding downhill skiing kicks off the day’s six medal events, which is set to be wide open as defending champion Lindsey Vonn is unable to compete due to injury.

Alpine giant Maria Hoefl-Riesch will be the one to watch, with four Olympic golds to her name including the super-combined she retained on Monday.

German Eric Frenzel is the man to beat for the normal hill Nordic combined event over 10k, following a superb season.

The overwhelming favourite won the 2013 World Cup after a disappointing fourth place in the world championships last year, but has completely dominated the sport over the past few years.

All medals are shining very beautifully, but I think this one is especially shining the most

Frenzel comes into the games having won the most recent Nordic event in Germany and as a bronze medallist from the Vancouver 2010 team event.

Defending champion Jason Lamy Chappuis, who also picked up world titles in 2011 and 2013, has even resigned himself to the fact that Frenzel will win.

When it comes to speed skating over 1,000m, it is near impossible to imagine anyone taking the gold medal away from American Shani Davis.

Davis became the first black athlete to win an individual event at the Winter games in 2006, clinching the gold for the past two 1,000m competitions and also two silvers over 1,500m.

Compatriot Brian Hansen looks to be his nearest competition, but is inexperienced and the 22-year-old’s only medal comes from a silver team pursuit performance in Vancouver.

The Austrian Linger brothers are hoping to become the only pair to ever win three luge doubles events.

“All medals are shining very beautifully, but I think this one is especially shining the most,” said the elder Linger brother Andreas of potentially achieving the record feat.

However, they will be well stretched to get in a medal position – German pair Tobias Wendal and Tobias Arlt have completely dominated the sport in the past season.

The afternoon sees the home nation’s biggest chance of a medal for the day, with their champion figure skating pair Maxim Trankov and Tatiana Volosozhar competing.

They are out and out favourites at 1-3 following their first place performance that aided Russia in claiming their first gold of the games in the inaugural team event.

Halfpipe specialist Torah Bright is the woman to beat in the last medal event of the day, with the Australian snowboarder having won the same event in Vancouver.

Only the fourth ever Australian to win a Winter Olympics medal, Bright’s main competition will come from the American team.

Experienced Kelly Clark, who clinched a halfpipe gold in 2002’s Salt Lake City games, has won gold in the superpipe for the past four years at the Winter X games.

Her teammates Arielle Gold, aged 16, Kaitlyn Farrington and Turin gold medallist Hannah Teter will also be on the prowl to pick up a medal.