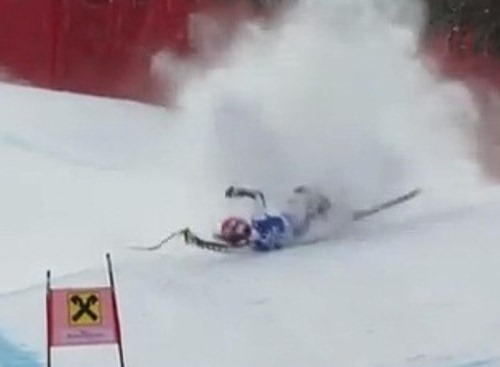 Russian skier Maria Komissarova has suffered a serious spinal injury in training and has been ruled out of competing at the Olympics, the Russian Freestyle Federation and news agency Interfax have said on Saturday.

Komissarova, 23, crashed during the first ski cross training session in the Rosa Khutor Extreme Park and was rushed to hospital in Krasnaya Polyana, where is being operated on today.

“Doctors conducted necessary examinations and decided to operate on the athlete immediately,” the federation said in a statement.

International Olympic Committee president Thomas Bach said they would be doing their best to keep the world informed about Komissarova’s progress.

“We feel very sorry for the athlete. We are in contact with the hospital. What we know is that she is under surgery right now. We hope that the operation will be successful and that she will be back.

“The first information is that it was nothing to do with the infrastructure, the snow conditions. It was in a training session and this unfortunate incident happened.

“We will see how it goes, now our thoughts are with the athlete.”

Komissarova became the first Russian woman to win a World Cup medal in ski cross when she finished second in the 2012 event at Grindelwald, Switzerland.

The Russian had only recently recovered from a serious leg injury sustained early last year to qualify for the Games and is ranked 33rd in the 2013-14 World Cup standings.