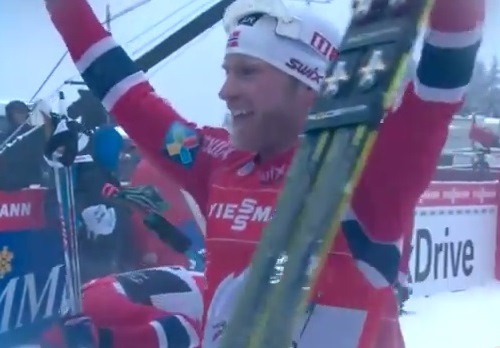 The Russian Olympic Committee (ROC) have filed a protest with the Court of Arbitration for Sport (CAS) after Maxim Vylegzhanin was denied a bronze medal in the men’s 30km cross-country skiathlon on Sunday.

The initial appeal against bronze medallist, Martin Johnsrud Sundby, only resulted in a warning and reprimand for the Norwegian despite his infraction of the corridor rules.

The ROC believe the Norwegian should be stripped of his medal after the infraction relegated Vylegzhanin to fourth, supported by TV replays that show Sundby straying out of his lane in the final few metres of the race as the pair battled in a dramatic sprint finish.

I feel bad about the whole episode, I would never do something like this – to destroy the race of somebody else

The International Ski Federation (FIS) said the infraction didn’t affect the results as Sundby was already in front of Vylegzhanin and believe he would have won the sprint.

Sundby admitted switching lanes but claimed it was accidental.

“I saw the pictures from the last 10 meters and it was not fair play. I changed lanes, but this was not my intention.

“I feel bad about the whole episode, I would never do something like this – to destroy the race of somebody else, I would feel really upset if he feels I obstructed him from the bronze medal.”