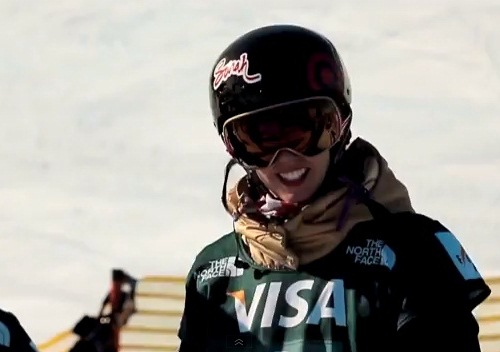 The 20-year-old recorded the best score in the field on each run, with her second score of 89.00 ensuring that the United States swept the golds in the debuting Olympic event following David Wise’s win on Tuesday.

“I don’t think it’s possible to put this into words. I am so happy. It’s crazy,” said Bowman.

She was an amazing skier and an amazing person. I think every girl here would embody that

Bowman emphasised how important it is for half pipe to finally be included in the Winter Games, and reflected on Canadian freestyle skier Sarah Burke, who tragically died in a training accident in 2012.

“I think her lasting legacy is just to go out, ski as hard as you can, enjoy what you do and love life.

“Sarah did that. She was an amazing skier and an amazing person. I think every girl here would embody that.”

Swiss world champion Virginie Faivre could only manage fourth as she finished out of the medals, with many riders suffering heavy falls at The Rosa Khutor Extreme Park .

Great Britain’s Emma Lonsdale failed to make the final run after finished 14th in qualification. The 29-year-old subsequently announced her retirement from the sport.