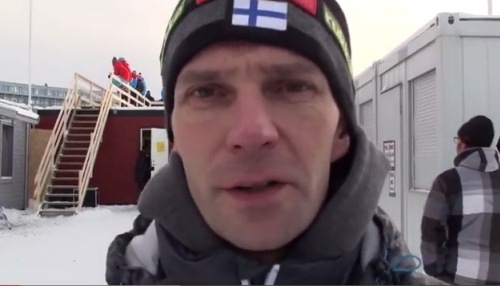 Veteran Finnish ski jumper Janne Ahonen, who came out of retirement to compete in Sochi, has slammed sports fans in Finland for their lack of support.

Despite a career in which he has won five World Championship titles, the 36-year-old has yet to win an individual Olympic medal.

Ahonen believes that despite the recent lack of success for Finns in the sport there are deeper issues behind the poor support at home.

“A successful Finnish ski jumper will find support from as far afield as central Europe and Japan,” he told yle.fi.

“They are keen fans and supporters, and they’re great at it.

The silver medallist in the team large hill event in 2002 and 2006 secured qualification for today’s normal hill first round alongside compatriots Olli Muotka and Anssi Koivuranta.

Ahonen has a group of international fans that follow him around during the season and tries to make time for them when he can.

“Every now and again I see them and say hello, exchange a few words, when I realise that they follow me from one continent and country to the next. Of course,” he explained.

The Lahti legend started on the World Cup circuit back in 1992 and retired from ski jumping at the end of the 2007/08 season before making a comeback in 2009.

He then again declared his retirement in 2011 but returned in January 2013 in a bid to win an individual medal at Sochi but Ahonen believes he will need some luck to end up on the podium.

“I will try to do better, I have some problems with my technique. I need to fix it. I’ll have to hope to be lucky tomorrow,” he said after qualifying on Saturday.

The tight-lipped Finn, who also takes part in competitive in drag racing, says there are still chapters to be added to his long career.

“This is not my last season, not sure about another Olympics, but maybe some more world cups. We will see how it goes,” he concluded.