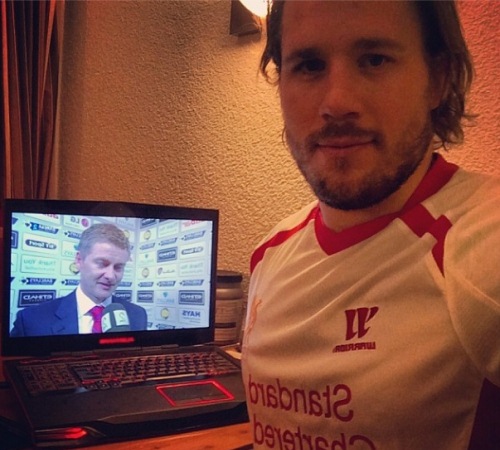 The Norwegian went on to win his second medal of the games with gold in the super-G, so perhaps the 28-year-old will be hoping for another gift from the Red’s captain.

Gerrard made contact when former teammate and mutual friend, John Arne Riise, informed him of Jansrud’s success and his obsession with the Anfield outfit.

Steven Gerrard text Kjetil Jansrud who won bronze at the Winter Olympics after Riise told him he was an #LFC fan. pic.twitter.com/sK1V84Rtv3

Gerrard kept his word, after his 90 minute penalty heroics gave Liverpool the win, which you can imagine Jansrud celebrated from Sochi.

Although it seems Jansrud might have once considered a career change, his recent achievements in the Rosa Khutor alpine resort will most likely keep him on the slopes – for the foreseeable future at least.