Sochi 2014: Austria's Matthias Mayer scored another men's downhill skiing scalp for the underdogs by claiming gold ahead of favourites 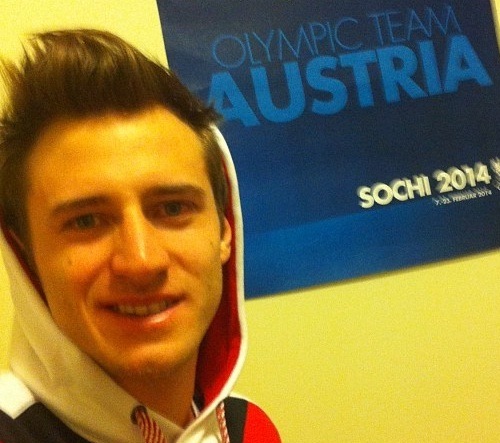 The alpine skiing event has a habit of producing underdog winners as Mayer won his first major international downhill in 66 attempts to eclipse the silver medal of his father Helmut at the 1988 Calgary Games.

The 23-year-old, whose favoured discipline is the super-G, completed the blue riband event in just over two minutes to become the first Austrian downhill gold medallist since 2002 winner Fritz Strobl.

Normally, he always does something stupid […] he’s not an experienced guy, so I don’t know what he does sometimes

“It wasn’t until I got on the podium that I realised I was the Olympic champion,” he said. “It’s unbelievable. I’ve only dreamed of this, and now my dream has come true.

“I woke up this morning and knew I could win this race. I was smiling the whole day, throughout inspection. It was my day.”

However, Mayer’s confidence was not shared by his coach, Mathias Berthold.

“Normally, he always does something stupid,” he said. “He is the youngest in the top 30, he’s not an experienced guy, so I don’t know what he does sometimes.”

In winning Mayer added his name to a growing list of unlikely downhill Olympic champions.

Vancouver 2010 winner Didier Defago was dubbed as the ‘other Didier’ to Switzerland teammate Didier Cuche while 2006 victor Antoine Deneriaz of France had been ranked No.38 in the world.

Austrian policeman Fritz Strobl had never won a major event when he claimed the Olympic crown in 2002 while France’s Jean-Luc Cretier took the 1998 title despite not winning a World Cup event in 11-year skiing career.

Mayer finished just six-hundredths of a second ahead of Italy’s Christof Innerhofer who took silver with Norway’s Kjetil Jansrud narrowly edging out teammate and reigning world champion Svindal for the bronze.

USA’s five-time Olympic medallist Miller was visibly distraught as he missed out on becoming the oldest alpine skier to stand on the podium and he finished in a disappointing eighth.

“It’s tough, obviously I was looking to win and I thought I had a good chance of it. I was well prepared so it’s tough when you don’t get things to go your way,” said Miller, competing in his record fifth Olympics.

“I wanted to ski the course as hard as I could and not really back off, but it requires a lot of tactics today which I didn’t apply.

“The visibility is different today and that’s the only disadvantage I had. But it’s something I face all the time. If the visibility is really good I can ski my best. If it isn’t, I can’t.”