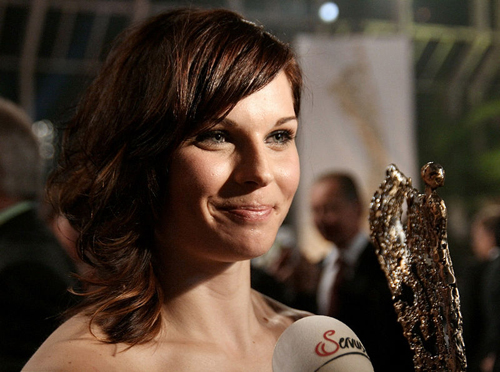 Lara Gut, the pre-race favourite for super-G gold, labelled the course a disaster after finishing fourth at the Rosa Khutor piste this morning.

Anna Fenninger won gold becoming the third Austrian in a row to take the Olympic title but a record 18 of the 49 starters failed to finish.

The course, set by Austrian coach Florian Winkler, claimed eight victims from the first 11 starters and Gut was one of many to vent her frustration.

It was our goal for the course [to be difficult]. I was surprised by the amount of girls who skied out. It was a day of mistakes for many

“There is no snow at the bottom, it’s not funny any more,” said the 22-year-old from Switzerland.

“This is a disaster, it was a shame for everybody.

“I think the last part was a bit too much. Everybody was crashing around. It’s difficult to stay on your skis, you are constantly losing them. I don’t know if this is the best way to show off our skiing. It’s not a race, you are just trying to come down.”

Course designer Winkler was unrepentant after watching Fenninger take the title and another of his charges Nicole Hosp claiming bronze.

“It was our goal for the course [to be difficult],” Winkler said. “I was surprised by the amount of girls who skied out. It was a day of mistakes for many.”

Unsurprisingly, Fenninger had no problem with the conditions and the tight, steep turns typical of Winkler’s designs.

“It’s such a difficult track but I have to give praise to the coach who set the course because you have to be so tactical,” Fenninger said.