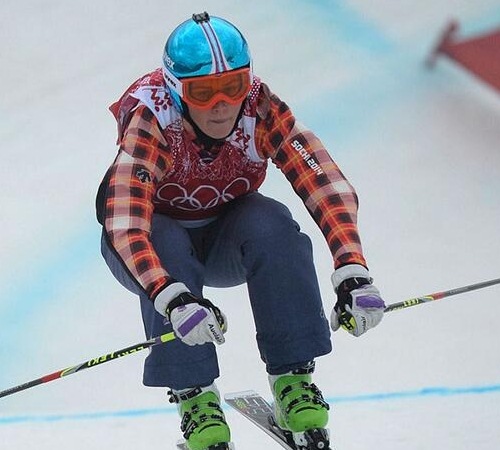 Marielle Thompson led a Canadian one-two in the ladies’ ski cross to draw the curtain on freestyle skiing in Sochi though the tale of bronze medallist Anna Holmlund was perhaps one of the finest displays of bravery of the Olympics so far.

Holmund was rewarded for her uphill battle to make Sochi after coming back from tearing a patellar ligament in her knee in January 2013.

“It was really, really hard. It was a very serious injury so to win bronze is insane,” said the 26-year-old Swede.

The two podium finishes capped a superb Winter Games for the Canadian freestyle skiing team, who topped the medal table with four golds, four silvers and a bronze.

“It’s crazy. I don’t think it’s even sunk in yet,” said Thompson.

“I’m so so happy to be up there with Kelsey (Serwa), we’re just having fun all day. I know Kelsey and I tried to help each other all the way down the course.”

Meanwhile, world champion Fanny Smith of Switzerland could only make the small final, before finishing a disappointing eighth.

Aviva Premiership: James Percival set to return to Warriors side