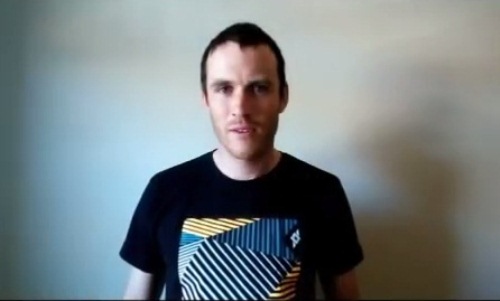 If you thought the halfpipe was heart-stopping wait until the aerials get underway later on Friday to perk up your Valentine’s Day.

Aerialists, as they are known, ski off a jump that can range from two to four metres in size propelling them up to six metres into the air.

With the ladies’ competition starting later we have to wait for Monday to roll around to no doubt get ‘stoked’ again for the men’s.

Vancouver was the experience one, this is the one to win

Australia’s David Morris is looking to improve on his 13th place finish in Vancouver despite performing with a blood clot in his spine.

“It happened six years ago. I did it when I didn’t land properly on water, I landed on my back and didn’t rotate enough,” the 29-year-old said.

“I have never got it removed as the recovery time took too long.

“They said it would take two months to drain it and I didn’t have a couple of months. I took four days off.

“As long as I don’t do it twice, it shouldn’t bother me again.”

Despite training being cancelled due to poor conditions yesterday the man ranked at number three in the world is happy with the course.

“It is really good. Everyone was saying how the Winter Olympics would be too warm and there has been a lot of complaints in the other disciplines. But our course has maintained pretty well,” he said.

“In the conditions we have, the jumps are pretty solid and it is pretty impressive.”

The man from Melbourne narrowly missed out on a place in the final in 2010 and out for redemption.

“I missed out on the final by 0.89. So I have come back for vengeance this time. If I make the final I will be very happy and then 100% throw myself out of the window from there,” the Bukovel World Cup 2013 gold medallist said.

“Vancouver was the experience one, this is the one to win.”

Morris says he is quietly confident about his chances and has a number of dizzying new tricks – untested on snow – that he could unveil.

“Normally I complete two quad twisting triple flips, but the new one is a double twist on the landing which I have never done on snow before,” he added.

“There is also the five twist which is terrifying. If it is necessary I can do it, but I hope it is not. I have only ever done it five times, all off snow.”