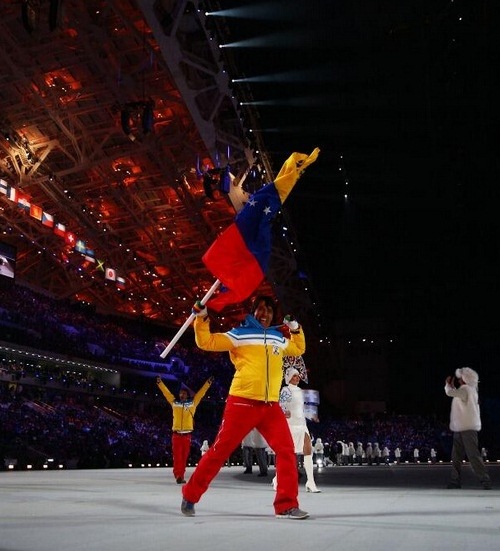 Venezuela’s sole Sochi 2014 representative Jose Antonio Pardo Andretta is the subject of one of the Olympic’s most bizarre cases of mistaken identity.

The 43-year-old alpine skier was one of the highlights of Friday’s opening ceremony as he entertained the crowd with an exuberant flagbearing entrance.

It had been reported that he had suffered a brain tumour at the age of eight, when doctors gave him only three months to live, but the Olympic News Service has announced that this information is incorrect.

With the paralysation of the stock markets I became unemployed, so I said to myself, ‘This is the moment to fulfil my dream

Nonetheless, Pardo still has a fascinating story to tell as he only began taking part in official ski races last year, after becoming unemployed.

The father of two, who is now president of the Venezuelan Ski Federation, admits that the chance to compete at the Winter Games is a dream come true.

“Before I didn’t have neither the time nor the resources, I had to work,” he said.

“With the paralysation of the stock markets I became unemployed, so I said to myself, ‘This is the moment to fulfil my dream.'”