Sochi 2014: Russia already looking to their next generation for success after third straight Games failure of Alexander Ovechkin and co 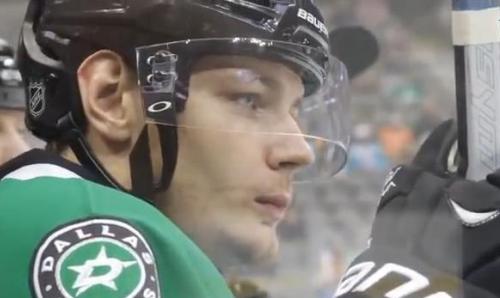 Russia’s hockey team’s poor showing at Sochi may signify a passing of the torch from Alexander Ovechkin to 18-year-old prodigy, Valeri Nichushkin, in an attempt to re-ignite Russia’s desire to return to hockey glory.

The outline from the hosts was clear – the success of the Sochi games would be predicated on the success of its ice hockey team. Ovechkin said it himself, the gold medal was worth $50 billion.

Ovechkin’s struggles, a series of unconvincing performances and eventual elimination without competing for a medal, punctuated a disastrous campaign for Russia. The only silver lining? The emergence of Nichushkin.

He doesn’t want to be compared to anyone, he wants to be Val Nichushkin – and he is very dedicated and focused on becoming that player

The former KHL rookie of the year gained valuable experience – playing under intense pressure, on the biggest stage, at the highest level – having scored 13 goals for the Dallas Stars this season.

As the youngest player in the tournament his selection was seen as highly controversial. When he was initially confirmed as a member of the squad he was not expected to figure significantly, if at all.

He will return to America to continue his development in the NHL and work on becoming Russia’s next hockey superstar and a significant contributor at the 2018 games in PyeongChang.

“What is impressive is his physical strength for such a young player. Physically, he is rarely over-matched,” said Dallas Stars general manager Jim Nill.

“When I spoke to the Russian staff about his selection, they were impressed with his focus and drive for a young player.

“He wants to be one of the best in the world and he works hard to get better each and every day.

“He doesn’t want to be compared to anyone, he wants to be Val Nichushkin – and he is very dedicated and focused on becoming that player.”

Parallels will naturally be drawn to Ovechkin – adored by his home nation whilst playing abroad.

Supporters, players and Russian president Vladimir Putin gathered in the Bolshoy Ice Dome on Wednesday, looking on in shock and disbelief as their Olympics had all but come to an abrupt end.

Russia were defeated 3-1 by Finland, their second defeat of the tournament following a defeat to rivals USA in a penalty shoot-out.

Since participating as Russia at Lillehammer 1994 the nation has failed to win a gold medal while Ovechkin, competing in his third Olympics, has failed to claim a medal of any kind.

This is in stark contrast to dominance of the former Soviet Union’s ‘Big Red Machine’, which won gold in seven of nine Olympic appearances establishing them as a hockey powerhouse.

Washington Capitals captain Ovechkin struggled to replicate his NHL form of 40 goals – scoring just the once despite playing the most minutes of any player up until the quarter-finals.

It is hard to say something now, it’s just emptiness

The nation appeared dumbfounded that its star studded collection of players all failed to rise to the occasion – however it all started so positively for Russia.

Less than two minutes into their opening game the Washington Capitals winger broke away and deftly flicked the puck into the corner, setting up the home nation for a 5-2 victory against Slovenia.

Despite also scoring in Russia’s opening fixture, Nichushkin struggled to impose himself throughout the tournament, like so many of his more established team-mates.

The backlash and fallout has already begun, with coach Zinetula Bilyaletdinov coming under heavy criticism from both the Russian media and former players as the main culprit of Russia’s failure.

“The burning desire to fall through the ground, blush and wish that any other team was in Russia’s place is stronger than any other emotion,” wrote columnist Andrei Kuznetsov.

“There has yet been no greater shame in our ice history.”

Goaltender Sergei Bobrovski further summed up the collective mood, saying: “It is hard to say something now, it’s just emptiness.”

So where did it all go wrong?

An over reliance on the famous quartet – Ovechkin, Yevgeni Malkin, Pavel Datsyuk and Ilya Kovalchuk and minimal contribution from supporting cast was the most likely cause and not one that is easily overcome.

With the World Championship in Belarus coming up in May and heading towards the 2018 Games, the Russian nation is in need of a boost and Nichushkin could be the future star they look to.