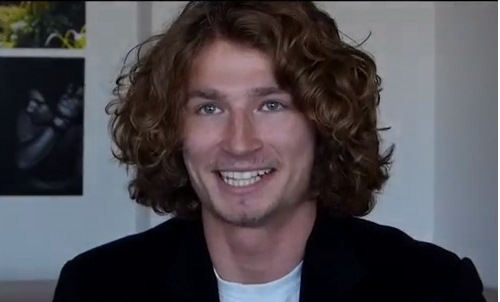 Iouri Podladtchikov performed the YOLO flip to beat favourite Shaun White and the rest of the competition to claim gold in the halfpipe as Carina Vogt won the inaugural women’s ski jump on day four at Sochi.

Despite some concerns about snow conditions earlier in the day the halfpipe final played host to some spectacular runs with the man known as I-Pod emerging victorious.

White, whose qualifying score of 95.75 was higher than Podlatchikov’s gold medal winning run, could only manage fourth with the Japanese pair of Ayumu Hirano and Taku Hiraoka taking silver and bronze respectively.

The goal was to be able to ride. It was challenging for all of us. Shaun was ahead as usual. I was barely making the semi-final, never mind gold

The duo collected Japan’s first medals in snowboarding and 15-year-old Hirano becomes the youngest ever athlete to win a medal in a snow event at the Olympics.

Podladtchikov, who competed at the Torino games in 2006 for Russia and took up Swiss citizenship in 2007, used a play on the ‘hot, cool, yours’ motto at Sochi by shouting: “It’s hot, cool and it’s f**king mine.”

“It feels very shaky, I’m about to faint. I’ve got a really bad feeling in my stomach. That’s what it feels like, I should probably eat something,” the 25-year-old added.

“The goal was to be able to ride. It was challenging for all of us. Shaun was ahead as usual. I was barely making the semi-final, never mind gold.”

Moments later in a thrilling end to day four at the RusSki Gorki Jumping Centre, Vogt became the first winner of the women’s ski jumping in the Winter Olympics.

The women’s event had to wait 90 years before being included in the games and in-form favourite Japan’s Sara Takanashi, who finished fourth, could not stop the German Vogt.

Austria’s Daniela Iraschko-Stolz, who is openly gay, came in second and Coline Mattel of France took the last place on the podium.

Vogt’s win is the first major victory for a German woman since the inception of the world cup and world championship events and she said she couldn’t describe the experience.

“I can’t find the right words. I’m just speechless because training yesterday was not so good,” the 22-year-old said.

“Now I’ve improved today. I’ve not won a world cup till now. It’s unbelievable. I wouldn’t have imagined that one day before.”

In speed skating Lee Sang Hwa solidified her position as one of dominant forces in the sport retaining her 500m title.

She secured South Korea’s first medal of the games, dominating the field to power to a new Olympic record on her second run of 37.28 seconds for a total time of 74.70.

I realised it was just Teodor and me fighting for the gold, so I knew I had a medal, at least

The 24-year-old is the second youngest speed skater, after the Soviet Union’s Lidia Skoblikova, to win a second Olympic gold medal in one specific event.

Lee has dominated all season, winning seven of the eight world cup races and breaking the ladies 500m world record four times in 2013.

Norway won their third and fourth golds of the games, with Ola Vigen Hattestad and Maiken Caspersen Falla winning the men’s and women’s cross-country sprints.

Falla, 23, says that she realised her lifelong dream by crossing the line first, pipping compatriot Ingvild Flugstad Oestberg to the line. Fellow Norwegian and defending champion, Marit Bjoergen, fell at the semi-final stage.

Meanwhile, an early collision in the men’s race left Hattested and Swede Teodor Peterson the only two standing and racing for the gold.

The Norwegian admitted that he didn’t see anyone fall.

“I thought it was a little bit weird that no one attacked me on the uphill because I was skiing quite slowly, then I came to the top and I heard the Swedish coach scream to Teodor that we had a gap.

“Then I realised it was just Teodor and me fighting for the gold, so I knew I had a medal, at least.”

At the Rosa Khutor Extreme Park Canada’s Dara Howell emerged victorious in the first ever women’s slopestyle in the Winter Olympics.

The 19-year-old laid down a stunning final run to score 94.20 and was joined on the podium by America’s Devin Logan and fellow Canadian Kim Lamarre.

“That really hasn’t hit me yet. That will go down in history. I am so proud. It’s huge for Canada. I’m happy to bring home another gold medal for Canada. The hard work has paid off,” she said.

Victory by Natalie Geisenberger in the women’s luge sealed Germany’s domination of the individual discipline following on from Felix Loch, who took his second consecutive Olympic title on Sunday in the men’s event.

The 26-year-old from Munich led from start to finish in the competition winning by the largest margin in the Olympics since the record was set on the sport’s debut in 1964.

Darya Domracheva became the first female Olympian from Belarus to win a gold following a dominant display in the women’s biathlon 10k pursuit taking victory by over 30 seconds.

Norway’s Tora Berger took silver and bronze for Teja Gregorin makes her the first person from Slovenia to win an Olympic medal in the ultra-tough discipline.

A successful day on the snow for Norway means they top the medal table with four golds, three silvers and four bronze medals while Canada have only two fewer bronze medals than the Scandinavian country and Germany joined the pair on four golds with Vogt’s last-gasp heroics.