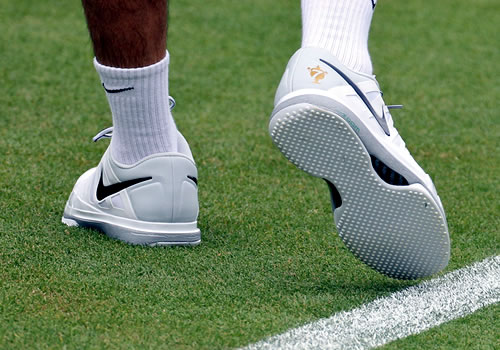 Wimbledon will be pushed back by a week in 2015 Photo: Marianne Bevis

First came last year’s surprise announcement that Wimbledon would, in 2015, move its sacrosanct fortnight back by a week to the end of June.

That solved the long-standing problem of having just two weeks between summer’s two Grand Slams at Roland Garros and the All England Club.

Then came news from the ATP at the end of 2014 that grass would, for the first time, host two 500 events. The Aegon Championships at Queen’s Club, London, and the Gerry Weber Open in Halle, Germany, would be re-categorized from 250 events to the middle tier worth 500 points to the champion.

This week, in a further boost to the three-week grass season, the ATP has confirmed that a new 48-man tournament will be hosted by Nottingham in place of the 28-man Eastbourne event.

The result is that, as well as a choice of 500s in the run-up to Wimbledon, players will have a choice of three 250 grass tournaments. In addition to Nottingham, the calendar already contains ‘s-Hertogenbosch in the Netherlands and last year it switched the Mercedes Cup in Stuttgart from post-Wimbledon clay to post-Roland Garros grass.

Altogether, then, the ATP grass-court season will enjoy a 75 percent increase in points, though it remains the only surface without a Masters tournament. Queen’s, in particular, has long hosted one the biggest draws on the tour, its 56-man tournament out-gunning all the other 500 tournaments and matching many of the Masters events in size. However, the restricted precincts of The Queen’s Club itself are unable to fulfil the demands of Masters status.

The 2015 calendar as a whole contains 62 tournaments in 31 countries, dominated by Europe and North America. However one of the fastest growing markets in tennis, China, remains the only country outside the United States to host ATP events across all three tiers: 250 in Shenzhen, 500 in Beijing, and 1000 in Shanghai.

Also new this year is the first 500 tournament in South America, designed to bolster the “golden swing” that is currently under way, especially following the switch of the Acapulco 500 to hard courts this year. The weeks for the 250 events in Buenos Aires and Sao Paulo are still to be decided.

Also awaiting confirmation is the venue for a clay tournament to replace the Serbia Open, which folded last year. Probably a Europe-based tournament, the new event will join Munich and Oeiras in the run-up to the double-headed clay Masters of Madrid and Rome.

Del Potro faces tough Rotterdam defence, but ‘everything is possible’