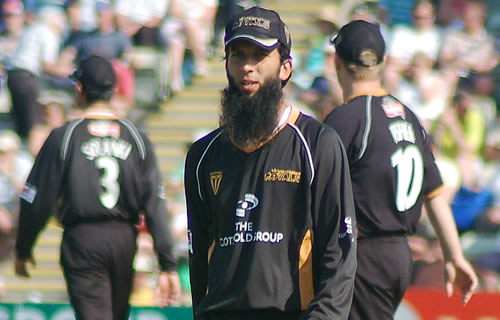 Worcestershire’s Moeen Ali and Lancashire’s Stephen Parry have been included in England’s squad for the one-day series against West Indies and the World Twenty20 in Bangladesh.

Ali and Parry are the only uncapped players in the World Twenty20 squad, while Nottinghamshire’s left arm fast bowler Harry Gurney is selected for his first full England squad for the Caribbean matches.

This group has an exciting mix of youth and Twenty20 experience

“We would like to congratulate Moeen Ali and Stephen Parry on their selection for the tour to the Caribbean and then to represent England in the ICC World Twenty20,” said national selector James Whitaker.

“It is an exciting opportunity for Moeen and Stephen and all the England players.

“Both Moeen and Stephen have been very consistent performers for Worcestershire and Lancashire and both counties and their coaching staffs, must take credit for their continued progress.

“Harry Gurney, under the guidance of the excellent coaches at Trent Bridge, has performed well for Nottinghamshire in limited overs cricket – showing good control with the white ball and, as a left arm quick, brings some variety to the tour party.

“England have won the ICC World Twenty20 before – in 2010 in the Caribbean – and this group has an exciting mix of youth and Twenty20 experience and I am sure with good preparation, desire and determination they will be able to produce an exciting brand of cricket.”

Stuart Broad will captain the squad in both the one-day internationals in the Caribbean – in the absence of the rested Alastair Cook – as well as the Twenty20s and in the World Twenty20. Eoin Morgan will be vice-captain for both tours.

Whitaker paid tribute to the value that Morgan brings to the squad, adding: “Eoin has recognised leadership qualities and he has successfully led England sides in the past.

“This status of vice-captain is a reward for him. We believe that he and Stuart will form an excellent leadership team.”