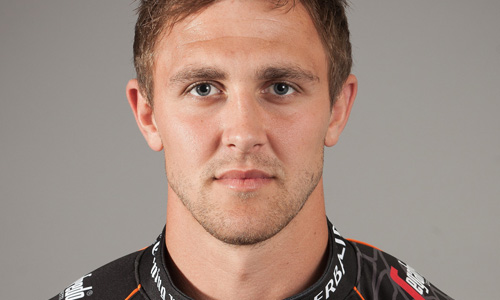 Wales centre Ashley Beck has signed a new two-year deal which will keep him at the Ospreys until the end of the 2015-16 season.

The 23-year-old, who was recalled to the Wales squad this week following injury to Scott Williams, admits that he wants to help the four-time Pro12 winners grow and is happy to have sorted out his future.

“This is my home region and it’s the only place I want to play my rugby,” Beck said.

“As a youngster, playing for the Ospreys was my goal and I’ve achieved that.

“Now I’ve established myself here I want to help the region kick on and grow, and I want to play my part in helping the team develop.

“I suppose I’ve been around long enough to be considered one of the older heads now, despite only being 23.

“We are a young team, especially in the backs, but we’ve got an exciting mix with a lot of potential and I’m looking forward to being part of this group as it grows over the next two years.

“This is a great place to be and I’m really happy that my future is all sorted, allowing me to concentrate on my rugby.”

Having made his Ospreys debut in 2007 at the age of 17, Beck has made 82 regional appearances, scoring 15 tries with seven caps for Wales after coming through the age-grade international ranks.

Ospreys rugby operations manager Andy Lloyd added: “For a young man he has been around a long time, and has a lot of games under his belt, which makes people think he is a lot older than he actually is.

“But we believe that he still has a lot more to offer.”

Beck follows club and country team-mate Alun Wyn Jones in committing to a new deal at the Liberty Stadium after the lock opted to resign with the Ospreys rather than follow Sam Warburton in signing a central contract with the Welsh Rugby Union or following several of Wales’ top names to the Top 14 in France.