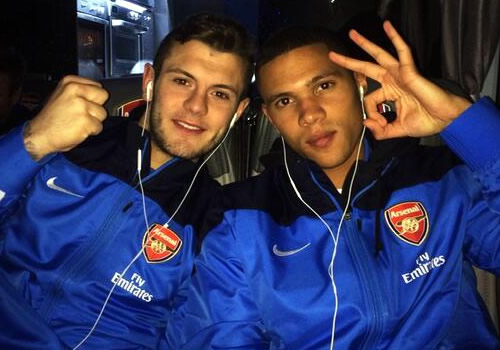 Jack Wilshere is set to be sidelined for six weeks due to a hairline fracture in his left foot, Arsenal have confirmed.

The 22-year-old picked up the injury in the first half of England’s 1-0 victory over Denmark after a clash with Liverpool centre-half Daniel Agger at Wembley.

The Arsenal midfielder played down the injury scare as a “bruise” following the friendly on Wednesday night, but the Gunners have confirmed that Wilshere has suffered a fracture and will now miss a crucial period.

“Following initial scans carried out by the FA on Wednesday night, further investigation by Arsenal’s medical team has discovered a crack to a small bone in Jack’s left foot – the navicular, an area of his foot which has not been previously injured,” a statement read on Arsenal’s website.

“Jack will now require a period of approximately six weeks’ rehabilitation, before starting to regain his match fitness.”

Wilshere has scored three goals and made four assists in 24 Premier League appearances this season.

Eden Hazard should be fit to face Tottenham despite injury scare