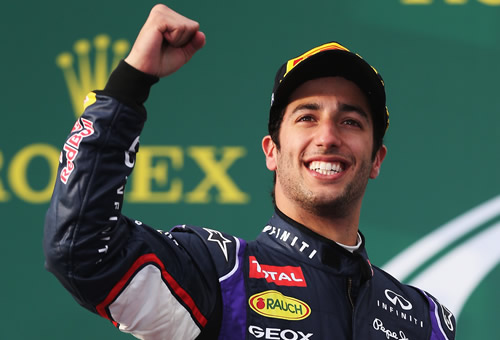 Red Bull confirmed that they will appeal the decision and said in a statement: “Inconsistencies with the FIA fuel flow meter have been prevalent all weekend up and down the pit lane.

“The team and [engine supplier] Renault are confident the fuel supplied to the engine is in full compliance with the regulations.”

“This is not in compliance with Formula 1 regulations.”

Speaking after what would be his first-ever podium finish and before his exclusion, Ricciardo said: “Two or three weeks ago I would have bet pretty much everything I had that we would not be standing up there.

“Full credit to the team for an unbelievable turnaround. I don’t know how they did it but they did.”