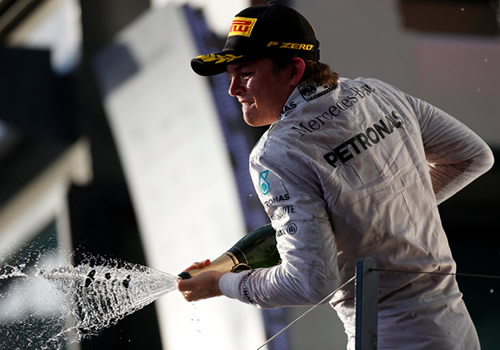 Each season brings fresh young driving talent to the world of Formula 1 and at this year’s Australian Grand Prix that talent flourished. McLaren’s Kevin Magnussen, 21, finished third on his debut race and became the first Danish driver to claim a podium finish in Formula 1. The young star has a bright future ahead of him if this weekend is anything to go by and could follow in Lewis Hamilton’s footsteps in becoming a world champion at McLaren in the near future. Toro Rosso also had another young debutant. At 19 years of age, Russia’s Daniel Kvyat made history in becoming the youngest driver to score a point in Formula 1 when he finished 10th.

Mercedes’ Nico Rosberg got the new era of Formula 1 under way with victory at the Australian Grand Prix, which itself was an intense spectacle filled with overtaking, retirements and unexpected incidents. F1 certainly looks like it’s in a healthier place. True, there’s less speed but the competitiveness has definitely been brought back. The new generation cars have brought about a new problem for the teams. You could say with all the complications seen this weekend, the teams who finished in the points will be delighted and relieved due to temperamental nature of the new gen cars. It seems that the engines will be this year’s issue as was tyres last season.

Just because the race has finished, it does not mean the drama has. Australian Red Bull driver Daniel Ricciardo was disqualified for exceeding the maximum allowed fuel flow during the race. Ricciardo, who finished in second, looked to have made history by becoming the first Australian to finish in a podium place at the Australian Grand Prix in the Formula 1 era. But the 24-year-old exceeded the maximum allowed fuel flow, which is 100kg/h. With the FIA taking a zero tolerance policy to the fuel flow issue; Ricciardo will be disqualified if Red Bull can’t argue the case successfully.