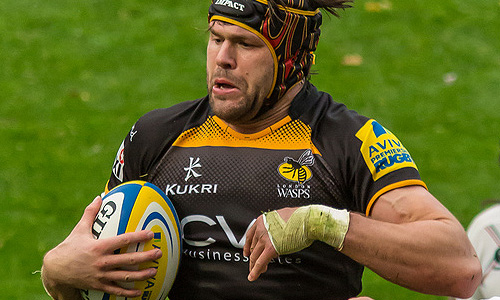 Tom Palmer is the latest player to agree to move to Gloucester in the summer as Nigel Davies continues to build a new team capable of challenging for the top four.

The well-travelled player spent his formative days in Kenya, New Zealand and Scotland where he represented Scotland U19 and U21 when his family moved to Edinburgh, but ultimately opted for the country of his birth.

“Tom played for England just over a year ago, he’s a quality player with a proven track record,” said director of rugby Davies.

“He brings a lot of experience and is English qualified which is important and he should be available for the bulk of the season.

“I think he’ll be a great addition to the squad that we’re currently putting together. It adds real strength in depth to that area of the squad.

“He also has experience of winning at club level which is important. Tom is still very ambitious. As I’ve said all along, part of this recruitment process has been about me meeting the players to judge their state of mind in terms of their ambition.

“Tom is very eager to continue to be successful, and he thinks that coming into the squad at Gloucester next season is going to allow him to be able to do that.”

The north Londoner began his career in West Yorkshire while a student at the University of Leeds before his first spell at London Wasps, which led to Heineken Cup success at Twickenham in 2007 and the Premiership title in 2008.

After three seasons in Paris, Palmer returned to Wasps in 2012 and has amassed 42 caps for England since winning his first senior cap as a replacement for Steve Borthwick in England’s victory over the United States on their summer tour in 2001.

But despite his international career being all but over and age against him Davies believes Palmer is excited about the prospect of running out at Kingsholm.

“It’s never difficult, when you speak to players from outside of the club, to convey what Kingsholm stands for in terms of the environment and the passion,” Davies added. “It’s there for all to see and it’s never a tough sell.

“He’s genuinely excited about it, as all the other signings are, about the squad that we’re pulling together and playing for Gloucester Rugby.”