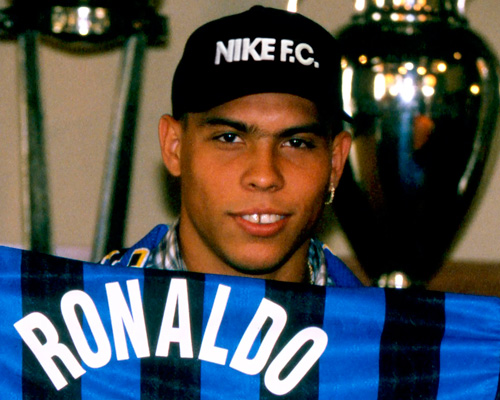 Ronaldo believes that Eden Hazard is doing a “wonderful job” at Chelsea.

The 23-year-old has been one of the driving forces behind Chelsea’s bid to win the Premier League title this season.

Hazard took his tally to 13 Premier League goals after scoring from the spot in the Blues’s 4-0 victory over Tottenham Hotspur earlier in March.

And former Brazil and Real Madrid forward Ronaldo reckons Hazard’s hat-trick in a 3-0 win against Newcastle United in February has given the Belgian more confidence.

“He’s a very good player and seems to be doing a wonderful job in Chelsea,” Ronaldo told RWD Football.

“His hat-trick performance [against Newcastle United] gave him more confidence. He’s very young but very talented so am sure he will do well at the World Cup.”

Ronaldo also believes that his compatriot and Barcelona’s record signing Neymar has immeasurable talent but played down comparisons between him and the current Brazil star.

“He’s very good and a very calm person not only in the pitch but [also] outside the pitch,” Ronaldo added.

“He has [got] what I call a talent that one cannot measure and a great capacity to score goals, but it’s very difficult to compare because we’re playing in different positions, at different times and with different styles but definitely he’s got a talent that is enchanting the world.”