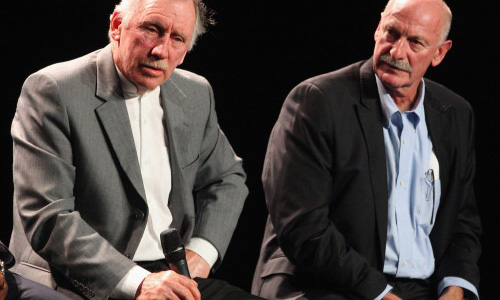 England would be doing very well to reach the World Twenty20 semi-finals, according to former Australia captain Ian Chappell.

English cricket is still recovering from a miserable winter tour as they managed just one victory against Australia across all four formats, prompting team director Andy Flower to resign and Kevin Pietersen to be axed.

“I don’t see them winning the T20 tournament,” Chappell told The Sport Review following the ESPNcricinfo awards 2013, which recognises the best individual batting and bowling performances in cricket over the calendar year.

“I don’t think they’ve got the combinations to win. I’m not sure how far they will go. I reckon if they got to the semi-finals they’d be doing very well.”

The ICC World Twenty20 is a chance for England’s limited-overs coach Ashley Giles to showcase his credentials, with the ECB still seeking a replacement for Flower.

But the outspoken Chappell branded Giles as “conservative” when asked about the former bowler’s prospects of becoming England’s new team director.

“I don’t think coaches make much difference anyhow, so it doesn’t bother me one way or the other who England appoint as coach.”

Pushed to pick a favourite for the tournament, Chappell earmarked Australia as the side to beat in Bangladesh.

“I think at this stage I’d have to say Australia are favourites,” Chappell added.

“But I wouldn’t be putting any money on it. Not my money anyhow. If you see me putting a bet on it, I’ve got someone else’s trousers on.”