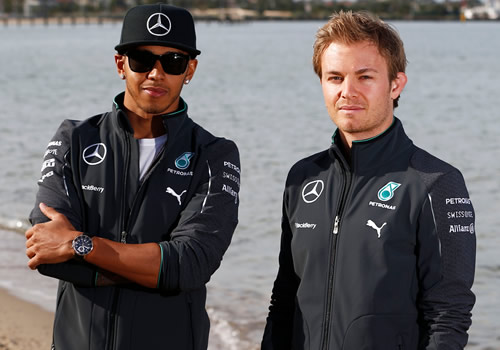 Mercedes driver Lewis Hamilton is hoping that competitiveness and excitement will be brought back to Formula 1 in 2014.

“I’m excited about the new season not just as a driver but as a fan. As a fan, you want to see overtaking throughout the field, you want to see different race winners, you want to see the championship go down to the wire… I hope that the changes for this year will make that happen.”

Hamilton, who finished the 2013 season in fourth place with 189 points, 209 points behind clear winner Sebastian Vettel, is hopeful that Mercedes can live up to their high expectations this year.

“I think we’re as ready as we can be for Melbourne and I’m more fired up than ever,” said Hamilton.

“With all the changes within the sport and the hard work that’s been going on within the team, I believe this can be our year to really show what we’re capable of.

“That’s not to take anything away from our opposition, who will be incredibly tough to beat as always, but I feel like I’m equipped with the tools I need to succeed.”

The 2008 world champion added: “This is the year you need to watch Formula 1!”

For Hamilton’s German team-mate, Nico Rosberg, the Australian Grand Prix is one of the highlights of the season. “I always look forward to the season opener,” said Rosberg. “Melbourne is a fantastic city and Australia is an exciting country all round.

“It’s a great place to start the year and you can always have lots of fun here. The fans are incredibly friendly and laid-back but they are also very enthusiastic and mad about sport.”

Nico, who is the son of 1983 world Champion Keke Rosberg, had an impressive pre season and clocked the fastest time on the last day of the second testing in Bahrain.

He continued: “Overall, I think our winter testing programme went better than expected. Having said that, the first Grand Prix is the first real opportunity to judge how well we have done against our competition.”

“Pre-season doesn‘t tell the full story, especially this year with the new regulations. I‘m really looking forward to getting the season underway and can’t wait to be back in the car again.”