Miami Masters 2014: World No2 Novak Djokovic reaches the final after Kei Nishikori is forced to withdraw with a groin injury 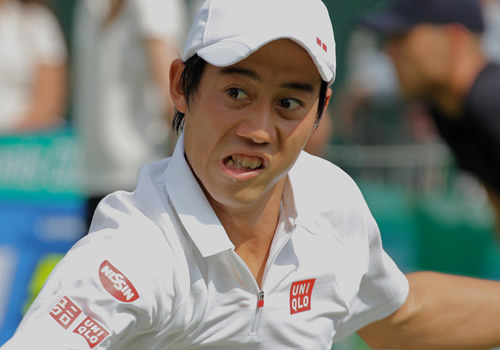 Novak Djokovic and Rafael Nadal will meet in the Sony Open Tennis final after Kei Nishikori and Tomas Berdych pulled out of the tournament on Friday.

Czech No1 Berdych has been forced to withdraw with a gastric problem after Nishikori had earlier pulled out of his semi-final battle with Djokovic.

The Japanese star has been in good form in Miami, notably beating 17-time Grand Slam champion Roger Federer to set up a semi-final meeting with Djokovic.

However, the 24-year-old, who has only reached the quarter-final of a Major once at the Australian Open in 2012, took to his Facebook page to confirm the bad news.

“Very sorry to say that I have to pull out today. Very disappointed and I am obviously very sorry for any fans that wanted to come out for this match,” Nishikori posted on his Facebook page.

“This tournament is very special to me and look forward to coming back in the years to come. I will work with my medical team to be back healthy as soon as possible.”

Very sorry to say that I have to pull out today. Very disappointed and I am obviously very sorry for any fans… http://t.co/drquupL4BB

Djokovic, who beat Roger Federer at Indian Wells earlier this month, trails Nadal 22-17 in their head-to-head ahead of Sunday’s showpiece.

Miami Masters 2014: Nadal battles to semi against a booming Berdych