Miami Masters 2014 preview: Andy Murray is bidding to defend his title, with Rafael Nadal and Novak Djokovic also in action 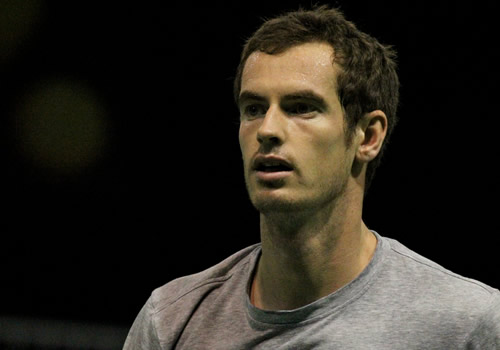 Set in evergreen woodland, surrounded by golden beaches and warm seas, fringed in the distance by the soaring Miami skyline, no wonder the atmosphere is bright and breezy, extrovert and electric.

And the talent on show on Crandon Park’s vivid violet courts could not be more impressive. The entire top 10 in men’s tennis—until the last-minute withdrawal of Juan Martin del Potro—will pursue one of the biggest prizes on the tour. Indeed among the 32 seeds in this 96-man-draw, only three are missing with injury. More important still, after Roger Federer and Rafael Nadal missed last year, the ‘big four’ are all present and correct for the 30th playing of the tournament.

Of the celebrity quartet, three have been multiple champions in Miami and two have achieved the rare distinction of winning the big double, Indian Wells and Miami, back-to-back. Federer is the only one to do so twice, in 2005 and 2006, but Djokovic has the chance to equal that this year after first achieving it in his extraordinary 2011 run of 10 titles.

Should he do so, Djokovic will move one step close to Federer and Nadal in the list of Masters title winners with 18—a mere three behind Federer in second place.

But while it is Nadal who sits clear of the rest with 26 Masters titles, Miami has so far proved elusive to the Spaniard—though he has come very close. Three times has been runner-up, most recently to Djokovic in 2011, and in 2012 he was forced to withdraw ahead of the semis with a knee injury.

But what of the defending champion, Andy Murray? He also won the title in 2009 and was the losing finalist in 2012. However he plays here outside the top four for the first time in three years, a slip to his current No6 coming after back surgery took him off the tour for three months.

In the circumstances, his return through the early stages of 2014 has been rigorous, and with some decent results, including a quarter-final run in Australia and a 14-5 win-loss record.

However, he has also had some unexpectedly tough matches: a four-setter against the 119-ranked Stephane Robert in Melbourne, and three-setters against 113 Dominic Thiem and No77, Jiri Vesely.

So he arrives in Miami with just a single semi-final run—in Acapulco—since winning Wimbledon last summer, and is yet to reach a final. Miami is his long-standing training base and a place where he feels at home. But with the shock announcement from Murray just as the tournament gets under way that he and coach Ivan Lendl had separated, things may be rather less comfortable than expected.

One thing is certain. With maximum points to defend here, Murray will want, and need, a strong run to avoid a further slip in the rankings before heading back to Europe and clay.

As it is, his No6 ranking has brought Murray into conflict with friend, rival and fellow former Miami champion, Djokovic, in the same quarter. One of them will, therefore, be thwarted in their ambitions before the semi-finals.

After facing a rough draw in Indian Wells, falling to the charismatic Alexandr Dolgopolov in the third round before he even had a chance to meet Murray, Federer or Djokovic, the No1 seed has a more benign draw in the latter stages but some trip-wires early on.

The absence of his biggest opponent, del Potro, leaves the way open for one of the trio of big-hitting young men in this section to go deep.

Vasek Pospisil was del Potro’s first scheduled seed, and the young Canadian is one to watch as he regains fitness following back problems earlier this season. He could meet fellow Canadian Milos Raonic in the fourth round, though Raonic has a tricky third round against Gael Monfils.

Nadal could face the third big man, Jerzy Janowicz, in the fourth round if Fabio Fognini does not beat the Pole first.

Nadal is set to open against either Robin Haase or Brisbane winner Lleyton Hewitt, who is chasing his 600th tour-level victory, before taking on No29 seed, Dmitry Tursunov, who gave Federer a good workout in Indian Wells last week.

The second quarter throws up the prospect of a tasty quarter-final rematch between the Australian Open champion Stan Wawrinka and the man he beat in a very tight contest in the Melbourne semis, Tomas Berdych. And both men have been in fine form this season before falling perhaps earlier than expected in Indian Wells: Berdych in his opener to Roberto Bautista Agut and Wawrinka to the rising Kevin Anderson in the fourth round.

Wawrinka has some tricky seeds early on, too, notably Marin Cilic, who has 20 wins and two titles already this year and took a set off Djokovic in the fourth round in Indian Wells.

Next may be Dolgopolov, the biggest riser in the top 50 this season who knocked out Nadal en route to the Indian Wells semi-finals last week. The Ukrainian would, though, have to beat the in-form veteran Tommy Haas first.

2010 Miami finalist Berdych should have no problems against Gilles Simon, though he could find himself in the fourth round against John Isner, who returned to the top 10 this week after a run to the Indian Wells semi-finals.

Miami sees the return of the No4-ranked David Ferrer after he withdrew from Indian Wells with injury so, unusually, the Spaniard’s form is uncertain—though Ferrer was the losing finalist here last year after a third-set tie-breaker against Murray.

What is certain is that Federer is within touching distance of overtaking him in the rankings having rising back to No5 with his Indian Wells run. And the two, in theory, could meet in the quarters to thrash it out, but not before Federer faces a possible re-match with last week’s first opponent, qualifier Paul-Henri Mathieu—though the Frenchman faces the unenviable challenge of the huge-serving Ivo Karlovic first.

Federer is in fine form, and second only to Cilic in match-wins this season at 19, but he will be asked some serious questions in a tournament that does not offer him the fast conditions he would prefer. Seeds include Fernando Verdasco, who beat Richard Gasquet in Indian Wells, and then Anderson—who he beat last week but who is in undoubted form this season—or Gasquet.

Ferrer’s route is unexceptional until the fourth round when he is likely to face either Grigor Dimitrov or Kei Nishikori—and the rangy, fast-improving Bulgarian is very close to a big breakthrough after fine runs in Australia and to the Acapulco title.

Djokovic may have had a relatively easy draw in Indian Wells, but Miami has more than made up for it by dropping Murray into his quarter.

The No2 seed is unlikely to be troubled early on, with his first seed the No30 Florian Mayer, who retired in his first match in Indian Wells with leg injury. The German has yet to win a set from Djokovic in five matches.

But the next eighth is a little more tricky, containing the fast-rising in-form Ernests Gulbis as the likely man to reach the fourth round over Tommy Robredo. The Latvian reached the quarter-finals in Indian Wells, taking out Dimitrov en route. But also here are the impressive youngster, Thiem, and the unpredictable Lukas Rosol fresh from a Challenger title straight after taking a set from Murray in Indian Wells.

Murray opens against Matthew Ebden before his first seed, who just made the seedings cut, Feliciano Lopez. Interestingly, though, Murray could instead face the 6ft 6in 2013 Star Of Tomorrow, Vesely, who pushed him to three sets in the Indian Wells third round last week.

The other big threat for Murray is Jo-Wilfried Tsonga in the fourth round.

Also here is wild card Briton, Kyle Edmund, who opens against Julien Benneteau, with the winner taking on Gulbis.