RaboDirect Pro12: Geoff Cross joins Glasgow Warriors from Edinburgh until the end of the season 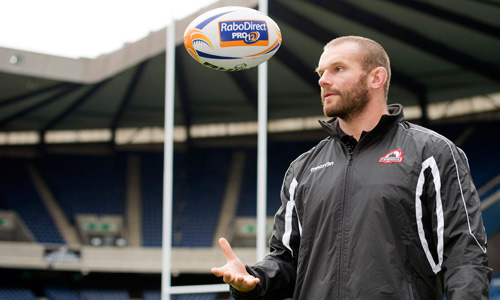 Geoff Cross has joined Glasgow Warriors from Scottish rivals Edinburgh until the end of the season.

The 31-year-old prop, who started Scotland’s Six Nations matches against France and Wales this month and came off the bench in their other three matches, has been largely surplus to requirements with the capital club this season making just two appearances.

I’m very excited by this next chapter of my career

The qualified doctor is expected to join Aviva Premiership side London Irish in the summer and has confirmed that he will be leaving Scottish rugby in the summer, although he remains available for Scotland’s summer tour of the Americas and South Africa.

“I’ve been an Edinburgh player for a long time now. I’ve made some good friends and shared in some special moments on the pitch,” Cross said.

“After eight years and aged 31, I think the time is right to seek a change and a new challenge.

“I’m very excited by this next chapter of my career.”

With Mike Cusack and Ed Kalman injured, the Warriors are down to two fit tighthead props in Jon Welsh and the Exeter Chiefs-bound Moray Low.

Cross will provide an extra experienced option in a specialist position as the club again chase a place in the Pro12 play-offs in May.

“We’re delighted to welcome Geoff into our squad. We’re getting an experienced tighthead to strengthen our front row options as we push for a play-off spot,” said Warriors head coach Gregor Townsend.

“We’d like to thank Edinburgh Rugby for loaning Geoff to us.”

Cross, who made his Edinburgh debut against Glasgow in 2006 after moving from the now defunct Border Reivers, has made 130 appearances in an eight-year spell in addition to his 28 caps for Scotland.

The forward is the second Edinburgh player to join Glasgow on loan this season with winger Lee Jones also at the Scotstoun club until the end of the season.

With Cross out of favour in an Edinburgh squad dominated by southern hemisphere imports, head coach Alan Solomons confirmed he was happy to help out.

“They approached us for senior cover in what is an extremely important position, and requested Geoff Cross on loan,” Solomons said.