RaboDirect Pro12: Leinster may risk forward Cian Healy for the derby clash against Munster on Saturday 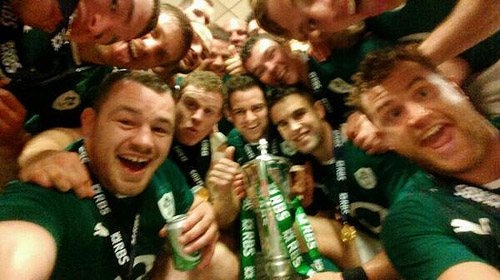 Leinster may risk injury doubt Cian Healy in the front row for Saturday’s derby clash against Munster at the Aviva Stadium.

The loosehead struggled with an ongoing ankle problem throughout Ireland’s successful Six Nations campaign, but could be thrust back into Pro12 action with the league leaders low on available experienced props.

Loosehead Jack McGrath and tightheads Martin Moore and Tadgh Furlong have already been ruled out of the must-win top of the table clash.

McGrath damaged his collarbone Ireland’s final match against France 12 days ago after coming off the bench in all five matches for Healy, but Leinster have affirmed that is it not a fracture and he continues to be monitored.

Moore, who was a bench replacement for fellow Leinsterman Mike Ross in this year’s championship, is also unavailable, while Furlong injured his ankle in Leinster’s last outing against Zebre despite coming off the bench in the first half.

The 23-year-old academy product is awaiting the results of scans.

Bristol-bound Jack O’Connell will provide cover on the tighthead, but Matt O’Connor’s big problem comes at loosehead if Healy breaks down, although New Zealand tighthead Michael Bent could switch to the loose if needed.

O’Connor faces further issues in the pack choosing three of Shane Jennings, Jordi Murphy, Jamie Heaslip and Kevin McLaughlin, while Dominic Ryan could also be included in that mix, although Rhys Ruddock is expected to miss out with a calf problem, while hookers Richardt Strauss and Sean Cronin are also injury concerns.

As interesting as the coaches’ selections for this weekend is the referee appointment after French referee Pascal Gaüzere was ruled out with injury.

Former Leinster and Ireland scrum-half Alain Rolland will be the man in the middle, something both coaches are comfortable with, although Munster fans may have preferred the Pro12 to redeploy Welsh referee Nigel Owens who is on duty at Treviso on the same day.