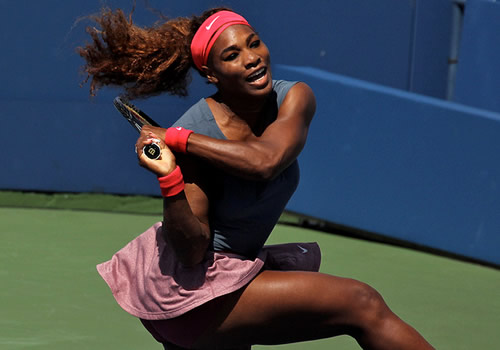 Serena Williams reserved praise for the fans after capturing a record seventh Sony Open title in Miami with a 7-5 6-1 win over China’s Li Na.

The world No1 came from a double break down in the first set to win 11 of the next 12 games of the match against Li.

Williams became the fourth player, after Chris Evert, Steffi Graf and Martina Navratilova in the Open Era to win the same tournament seven or more times.

“It was a really important victory, especially playing Li Na, who has been playing so well,” said Williams.

“Then I heard some fans trying to pull me through – if it hadn’t been for you guys I wouldn’t be standing here right now.”

The victory saw Williams improves her head-to-head record against Li to 11-1, having won the last nine encounters between the pair.

“I don’t think I was playing badly, she just started playing a little bit better after she was 5-2 down,” said Li.

“I don’t think I had the wrong game plan today or played wrong – I think it was still a pretty good match. And I was trying so many things today, like coming to the net more, so it’s not bad, really.”

Williams and Li will remain at world numbers one and two when the post-tournament rankings are released.